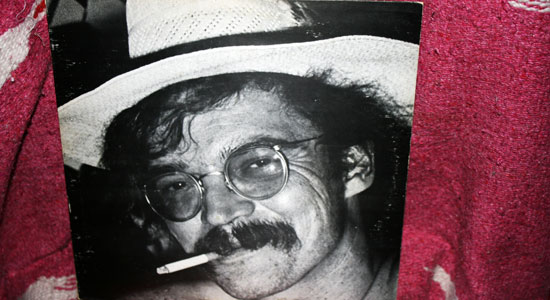 Buckner: Juarez by Terry Allen is grounding high art. Every sound and insinuation on this 1975 recording is the farthest point from passive and will stay with you like a tattoo. Some might call it the father of concept records, but to try and interpret the story that the songs spell out would be a disservice. The music and performances (bad-ass piano playing, slide guitar and a voice that you’d better take seriously or else) on this work are only to be experienced and not explained.

One reply on “Count Richard Buckner In On This One: Terry Allen’s “Juarez””

I love that album. I was looking to post a song from “Juarez” for FB, and that was the only one I could find. I did find an older, crazy t.v performance while I was looking:http://www.youtube.com/watch?v=9QFH2KpNs7A