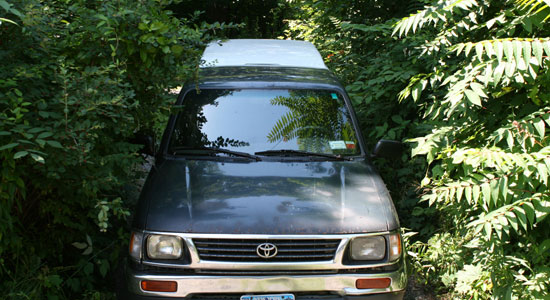 Buckner: My truck turned over 566,000 miles this month. I got it as a lease, new, in 1996. When the time came turn it in a few years later, I was so much over on the allotted mileage that it made more sense for me to just buy it. It has worked out well: It still has the original engine and transmission, and I’ve only had to make a few other expected repairs besides a couple of batteries and about six windshields. The only modifications I’ve made are the salt, pepper and hot-sauce tour-food cure-alls that I travel with and trading in the cassette player for something I can plug my iPod into. I take it to my local dealership to get the scheduled maintenance checks, and my truck is like a celebrity or an anomaly. Over the years, the driver’s seat seems to have taken the worst of the wear, but last time I was there, the mechanic who usually works on it yanked out a seat from a junker that they were about to crush and put it in without me even asking, free of charge. Not new, but springier, a little younger, less stained from spilled coffee and such. I sit a little higher now, proud, amazed that both of us are still running. 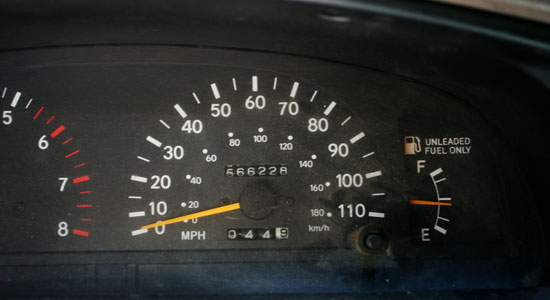 3 replies on “Count Richard Buckner In On This One: My Truck”

Richard,
You really should somehow get hooked up by Toyota 🙂

Fun post Andrew, but I think Toyota would turtle, the second Richard showed up with one of his gritty songs for the commercial. Like “Lil Wallet Picture”….

And damn this stretch of 99
That takes so many lives
Yeah, one of them was mine.

That would be a funny soundtrack while fuel economy numbers were being splashed up on the screen!!