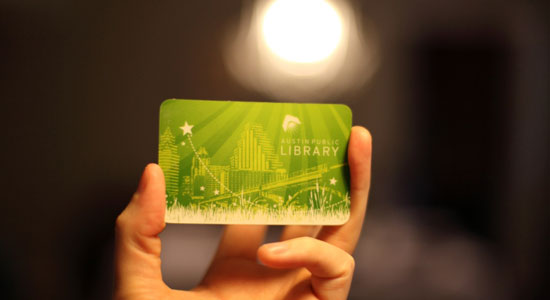 Bianchi: Some people may not be aware of this—or have simply forgot—but the public library rules. Almost everything I have mentioned over the past week can be found in your local branch. And if they don’t have it on hand, they can have it shipped there from another location. I know that this seems like an archaic resource compared to the internet: “Why take the time to go to the library when I can download a ripped copy of In The Realms Of The Unreal off of some file-share site?”

Because some things are much more satisfying when you have to put in a little effort to get them. Go to the library, and say hello as you walk in. Look at the bulletin board for upcoming events. Walk the aisles. Flip through a book. Connect with being a student again. Have a conversation with someone who is browsing through the same section you are. Mutual interests lead to mutual respect. In a lot of places, the library is the entertainment industry of the community. As well as the only place where certain folks can have access to a computer. Which as we all know is becoming more and more essential to being a part of modern society.

My life is filled with books and movies and records. I have read the words of great authors. Heard the music of world-renowned composers. I have seen the films of top-notch directors. All for free thanks to the public library. Fuck yeah, library. Fuck yeah.

Anything can happen at the library!