Since the mid-’90s, Susan Tedeschi and Derek Trucks have both had successful music careers, she as an acclaimed singer/songwriter and he as an electrifying guitar player with his group and the Allman Brothers Band, among others. The two met on tour in 1999, married a couple of years later and had two children, but their hectic solo schedules often kept them apart. To rectify the situation, they formed the Tedeschi Trucks Band, an 11-member ensemble that recently released debut album Revelator (Sony Masterworks), which was recorded at the duo’s home studio. Knowing how much they like to do things together, we asked Tedeschi and Trucks to guest edit magnetmagazine.com all week. Read our brand new Q&A with them. 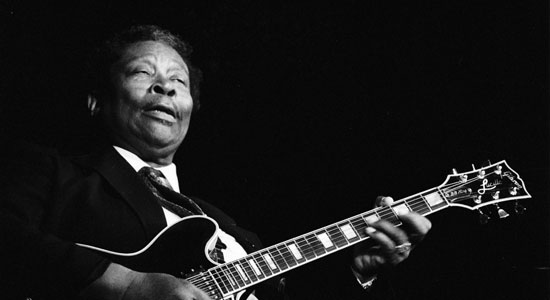 Derek: I grew up listening to the three Kings—B.B., Freddie and Albert—and there’s something about B.B. King that always hit me. This tune is off Lucille Talks Back, and it’s one that stands out and sticks with me. The way B.B.’s guitar playing can have so much soul and restraint at the same time. Then his voice just soars over the band, and the crowd hangs on every line. He’s got such a pure connection with the audience, one of those guys who’s just undeniable live. Susan and I were lucky enough to play with B.B. at Royal Albert Hall in London this June, and it was a huge highlight for both of us.