Tift Merritt is about as approachable as they come. An email inquiry to her press rep prompts an almost immediate response from the artist herself. “I’m happy to catch you up on what we’ve been up to lately and the like … just let me know if phone or email is better for you.” Merritt’s only stipulation: that any interview happen after 11 a.m., so she can get in her daily practice session on a piano she’s been using at a club not far from her Manhattan apartment. You could argue that, with a voice like hers, Merritt should be able to afford her dream piano by now. But while she may not be a household name (yet), she’s on a trajectory not unlike a few of her singer/songwriter luminaries (Emmylou Harris, Lucinda Williams), stockpiling critical plaudits and fan adoration for the four studio albums she’s released since 2002. Her most recent, See You On The Moon (Fantasy), is the scaled-back, introverted antithesis of what may be her only bid for a wider audience, 2004’s polished roots-rock zinger Tambourine. That’s the one that earned her a Grammy nod for best country album. (Guess no one bothered to tell the academy it wasn’t country.) Merritt will be guest editing magnetmagazine.com all week. Read our brand new Q&A with her. 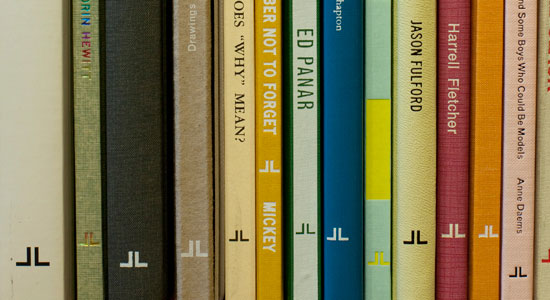 Merritt: I discovered Jason Fulford‘s photographs in a small bookshop in Maine and immediately became a fan. J&L Books is a an art press he runs with his partner, Leanne Shapton. They do things for the right reasons, and they make beautiful books. One book is of collected geographical maps. One is pictures of people dancing. One is inspired by an envelope containing pictures of mushrooms found at a flea market. These are carefully, intimately and sincerely made books. Yet there is never the feel of taking oneself too seriously. Like the book Jason made of people all over the world giving him the finger. It’s called Bird.