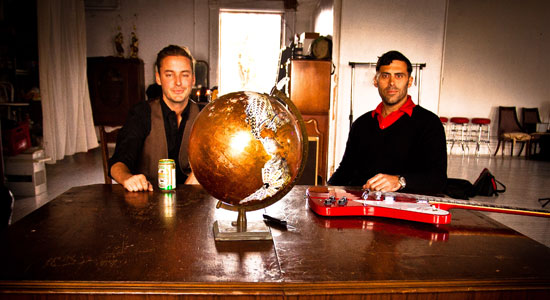 Brooklyn duo Lightouts—Greg Nelson and Gavin Rhodes—have just released a cleanly crafted mashup of David Bowie’s 1977 hit “Heroes” and LCD Soundsystem’s lengthy and entrancing 2010 track “All I Want.” The mashup is the title track from the pair’s third single, “The Eloise Suite,” and Nelson is vocally reminiscent of both Bowie and James Murphy. Nelson describes Lightouts’ general sound as moving toward “something that’s tighter and more structured [than] the new primitive movement,” referencing current bands like Animal Collective and Yeasayer. Rhodes adds, “Like Smashing Pumpkins … when they were good.” Download “The Eloise Suite” below.