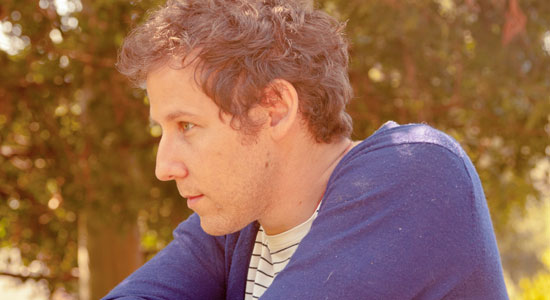 MAGNET: What was Deeper Into Dream’s creative evolution?
Lee: I felt my greatest record artistically was Awake Is The New Sleep, which taught me that my records are most satisfying when I explore something that’s really important to me, no matter how idiosyncratic. I’d made two records in a row, Ripe and Rebirth Of Venus, sort of consciously exploring the rock mill of touring/records/touring/records, because I’d never really done that. And I’d just had a baby, and I decided I was next going to make a record when I really had something I wanted to explore, because I was in no rush to get out on the road or spend a minute away from the baby. I was letting this sense percolate of when I really wanted to have something to share. The other thing was I started doing this really amazing dream analysis. When I was first telling my management and label about this, they were like, “Huh?” Like talking about therapy is the least rock ‘n’ roll thing you could possibly do, unless it came after being a drug addict. So, being a dad and doing this work with my dreams led me into a different relationship with my creativity. Then the amazing therapist I was working with died, and suddenly all of this music and these ideas started coming out. I wanted to make a record to tribute the new way he’d shown me to look at the world and dreams and the imagination and to make sense of his death and becoming a dad. There’s been so much radical change in the last few years, and it suddenly felt like the big pot was starting to boil.

How did Dr. Lloyd’s revelations about your dreams come out in this record?
Jan’s way of looking at dreams was, very simply, they reveal what’s going on with you that day, which is such a basic idea. But what’s concerning you in your dream life, what you’re afraid of or what you desire, is often radically different from the persona we walk around with in our daily life. That’s when it starts getting really interesting. There’s a huge chasm between what I felt, who I am and the self that I’ve been, not just in public to my fans, but to my family, my friends, my pets. [Laughs] I really started appreciating what’s going on inside me and each of us, who are infinitely more complex than we say when people ask how we’re doing. It led me to this appreciation of complexity, ambiguity and conflicting feelings.

How did you start recording people recounting their dreams?
I would ask friends how they were, and they’d answer, then I’d say, “Did you have any dreams recently?” They’d share a dream and actually be more honest when they were sharing dreams, and it would amuse them how honest they were being. I have this home studio, and I got into this thing of “Can I record your dream?” I didn’t know how I’d use it exactly, but I started building this big file of all these dreams. It continues to be an exploration that raises more questions than answers, but that feels real to me.

Did you begin by writing songs that grew into the concept, or did you begin with the concept?
That first line on the record—“Have you ever woken from a dream and convinced yourself you’ll remember it in the morning?”—that really hit me. That’s where I started exploring. It hasn’t worked well in the past when I’ve put the concept before the music, and in a lot of songs on the record, it’s a loose connection. Like “Indian Myna” and “Church Of Everybody Else,” they’re just songs, but because they were all written in a few months period and I was trying to tap into what was going on inside me, they’re all kind of connected. I was just trying to write songs.

The Rebirth Of Venus was raked over the coals critically. Did that make you hesitant about doing another concept album?
Not really. I never judge by whether people like it or not. With this record, I have quite a deep feeling of satisfaction creatively, so it could be unanimously panned and rejected and it’s not going to change my perception of it. It’s such a fun moment when you have a record that people connect with on some kind of scale; it just doesn’t happen every time. There’s no logic to it as far as I can see.

Did you have to adjust your writing process to write about something so intangible?
It happened naturally. I wasn’t interested in the process mirroring the subject matter. And I had it at home, and it wasn’t a studio where I was on a few hundred dollars a day. Most days, I didn’t do more than two or three hours work, but it took a longer time to make, so it had a more emotional thread to it.