Tommy Stinson will be forever fused to his infamous 12-year stint with Minneapolis garage-rock overachievers the Replacements. These days, the 45-year-old journeyman and doting dad is playing bass for Guns N’ Roses and Soul Asylum and has released his second solo album (and first in seven years), the well-crafted, bluesy and robust One Man Mutiny (Done To Death Music). Stinson will be guest editing magnetmagazine.com all week. Read our Q&A with him. 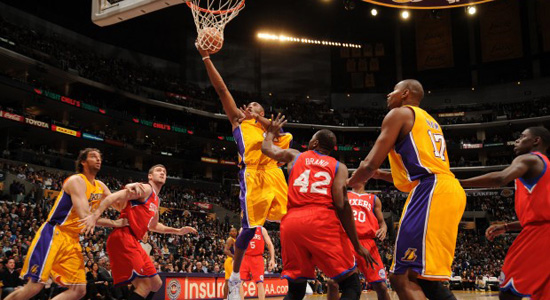 Stinson: Having never really been much of a sports fan, I was turned on to basketball in the early ’90s by my friend Marc Solomon (the guitar player in my old band Perfect). Michael Jordan and Co. ruled the land, and I found it exciting—like I’d never seen sports before in my life. I was hooked. Feeding off of Marc’s excitement for the game is what got me into it.

One of my favorite basketball stories would be going to see the 76ers and Lakers play in Philly with Axl Rose. It was the semifinals: I got the game tickets and he got the plane tickets. It was awesome; the funniest thing about it is that it was so chill. My good buddy Matt Cord (who happens to be the in-house announcer for the Sixers) got us the tickets and got Allen Iverson to sign a shoe for Axl. Sadly the Sixers didn’t win, but it was fun to watch the game all the same.

While living in L.A. for many years, I had become a Lakers fan, as well as a 76ers fan. Now I’ve moved to upstate New York, and I look forward to my first Knicks game. Hopefully, they’ll have a team that’s worth the price of the ticket.

One reply on “From The Desk Of Tommy Stinson: I Never Thought I’d Like Sports Until I Discovered Basketball”

I believe he means finals instead of semifinals as the Sixers and Lakers met in the 2001 NBA Finals. They wouldn’t be able to meet until the Finals anyway since they play in different conferences. At least Tommy has enough sense to not root for the Timberwolves!