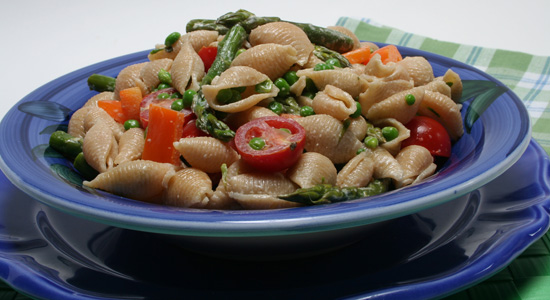 Stinson: I have always liked good foods and even liked to cook on occasion. But when you are living alone or are cooking for or with your roommate, the inspiration stops at the basics. Like, tuna mac, salads, mixed stir-fry type things and so forth.

However, since meeting my uncle-in-law, Chip Roberts, cooking has taken on a whole new meaning. But before launching into this whole cooking thing, I must first give you a bit of background information on Chip.

Besides being a great chef who has opened a couple of great restaurants over the last 20 years or so, he is one of only a small handful of great guitar players from the Philadelphia area. Therefore he plays all the slide guitar as well as other guitar bits on my new record, One Man Mutiny.

From the moment we started hanging out and playing together, I quickly became his sous chef when making dinner for the family. Cooking soon became a new love of mine and has already turned into a daily desire to one day open a restaurant.

My wife and our three-and-a-half year old daughter are both vegetarian so the task of coming up with interesting combinations of vegetable and other non-meat dishes is a challenge. When looking for something new to prepare, I will often start by calling Chip with loads of questions about how to transform whatever I’ve got in the fridge at the time into a tasty, healthy dish. He is usually ready with a complete rundown of how to make whatever it happens to be. He always answers my calls. I think he just takes pity on my culinary shortcomings.

Despite being Chip’s sous chef, he still won’t divulge what the ingredients are in The Blend™. This is a closely guarded family secret seasoning blend that he gives out sparingly to family and friends, but there are plans in the works to bring it to the masses. It has magical flavors that would make even an old shoe edible. Maybe I should alert Werner Herzog about this. Ha ha ha!

I have since managed to come up with a few of my own signature dishes, which include a variety of soups, stuffed green peppers and our new family favorite: the cold pasta vegetable salad with whatever is in the fridge. I prefer to make my own dressings from scratch, as we grow our own herbs. And The Blend™ is the key component to everything.