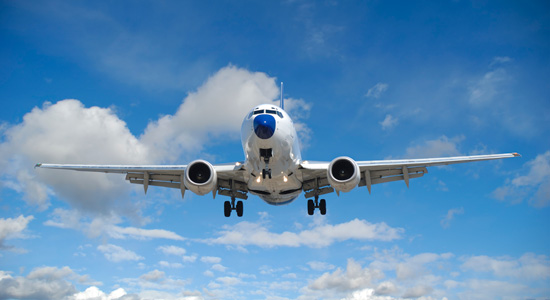 Stinson: I remember back in the late 1900s when commercial airlines used to clean the toilets between flights and give coach class customers crappy little sandwiches or even breakfast during most flights. Back in the days when our crew would sit in the back of the plane chain-smoking and getting hammered even on the short flights to Chicago. Ahh, those were the good old days for sure!

You used to be able to get to the airport in Minneapolis a half hour before your flight was due to leave, rush through security with just minutes to spare, and they would hold the plane for you. That was customer service!

When I was a kid it used to be such a thrill to fly that I would pack my suitcase the night before. I’d wake up in the morning, shower and put myself together like it was showtime. It felt pretty decadent actually. Well, at least to my young bumpkin ass. It also seemed like there was a whole lot more leg room back then. I don’t think I’ve grown much since I was about 17, and I swear to you my knees didn’t used to hit the back of the seat in front of me as they do now.

Traveling with guitars and assorted band stuff was also easier to get through. You could just pay the curbside porter a couple bucks to take your gear right through the baggage area without paying extra per piece or weight charges. It seemed pretty cool back then. And for the record, it was going to crap even before 9/11 as far as I’m concerned. I can forgive all the security shit that may or may not be effective these days—I get it. At least you know what to expect and how to prepare. However, it makes me re-think the whole getting-a-fuckin’-driver’s-license issue, which I have never had. But I would rather travel by a Ford Econoline 15-passenger van almost anywhere in the world than fly on another commercial airline. Screw on some pontoons and a life raft or two and I’ll drive through an ocean, a river, a creek, whatever. Flying on an airplane after all these years sucks.