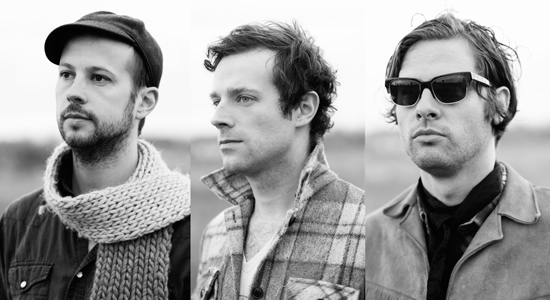 Plants And Animals are the best kind of Canadian import. The band was famous in its native Montreal before releasing 2008’s Parc Avenue, an orchestral delight that garnered the fledgling group two Junos (Canada’s answer to the Grammys). Plants And Animals are gearing up to release their third album, The End Of That, in February via Secret City, but until then there’s lead single “Lightshow.” The track starts off with a foot-tapping electric-guitar riff and continues that same joyous, melodic sound until the end of the song, showing off the band’s maturity and joie de vivre. Download “Lightshow” below.