The Ladybug Transistor formed in Brooklyn in 1995, and frontman Gary Olson has been the band’s sole constant member. Clutching Stems (Merge) is the group’s seventh album and the first to be made following the 2007 asthma-related death of drummer San Fadyl. Since, the band’s lineup has solidified behind Olson, featuring Kyle Forester, Julia Rydholm, Mark Dzula, Eric Farber and Michael O’Neill. The Ladybug Transistor will be guest editing magnetmagazine.com all week. Read our brand new Q&A with Olson. 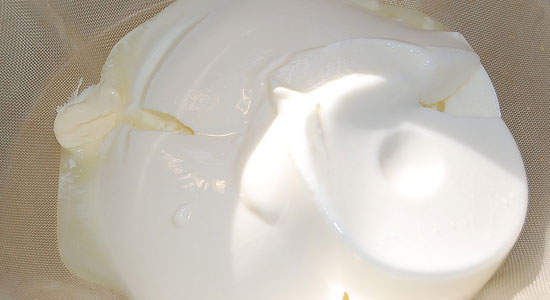 Eric Farber: I’m afraid of yogurt. I have been my whole life. I don’t think I’ve ever actually tried it before. I mean, I’m sure it was in something that I’ve tried. But I’ve never taken an individual serving of yogurt of any kind, ripped off the alien metal lid and gone at it with a spoon and nothing more. The idea of it freaks me out. And what’s insane is that I can’t ground this fear in any sort of rational thinking. I’m no stranger to the dairy family. I like cheeses of all kinds, and while I’m not really into chugging glasses of cold milk, I’ll splash a little in my coffee every now and again. Though I guess, now that I think of it, cottage cheese freaks me out a bit, too, though perhaps for different reasons that I won’t get into here. But I seriously can’t find two words to put together to really articulate my feelings about yogurt. And this is something that I’ve been coping with for three decades (give or take).

I’m completely unable to explain my repulsion to my yogurt-loving friends. They always have a recommendation of a brand or type that appeals to them, while vehemently asserting that all the other brands and types are offensive. The issue that I’m having is, there seems to be no consensus whatsoever among all of these supposed yogurt gurus as to which is the brand and type of yogurt that is even remotely capable of being consumed. I have engaged in extensive polling over the past several months and have grown more and more frustrated at the issue, as each new conversation negates the previous one. “You gotta get Fage Greek Yogurt. It tastes like cheesecake! Put a few blueberries on top!” And then, “I’ll only touch vanilla yogurt from the farmer’s market. The Greek shit makes me gag; it’s like eating a wet sponge.” I don’t know what to make of such disparities amongst my friends’ opinions; everyone is split rather evenly on the matter, and I don’t know who to trust.

I’m far too afraid of this stuff to just try something on my own, without first being convinced by someone as to which is kind of eatable, and sadly, nobody has been able to make a compelling enough case whereby I’d be willing to slip that freakish gelatinous substance into my mouth and down my throat. What gives me solace are the dozens of people just like me who I’ve met while attempting to sort out my issues with yogurt. According to my rough, highly non-scientific calculations, one in every six people is just as repulsed by yogurt as I am. I’m not sure if anything like this exists, but I would like to start a yogurt-anxiety support group, with the eventual goal of getting us yogurt skeptics intimately acquainted with all of the varieties and flavors and, when we’re ready, providing a safe environment for us to attempt that first bite. (Or slurp. I’m not really sure which.)