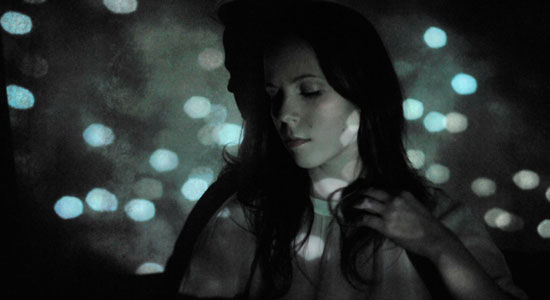 Female musicians are pretty few and far between when you consider the sea of XY-chromosome rock quartets out there, making the indie-rock scene feel a little bit like a boy’s club. However, considering the estrogen-heavy mix tape she made for us, Lauren Zettler (a.k.a. Lightyear) knows exactly where to find her female brethren. She herself takes a place among them, as she just self-released the gorgeous All Of The Miles. The record is Zettler’s foray into soothing electro-pop, which showcases her angelic voice and starry-eyed lyrics. Lightyear will soon be playing several shows around her native Brooklyn and is also heading to Austin in March for a spot at SXSW.

Lightyear “It Beats”
I picked this song off of my new EP because I feel like it best represents my sound as an artist. The form is interesting; it’s pop but has a bit of a darker tone the second half of the song. Video

Emily Haines “Reading In Bed”
Emily Haines has been a huge influence on me in my writing and piano playing, and this song is my favorite off of her solo record. Her forms are always so interesting. “With all the luck you’ve had, why are your songs so sad” hits me every time. Video

Robyn “Call Your Girlfriend”
This song has been with me for the past year. I can listen to it any time of day, over and over. Video

Lykke Li “Sadness Is A Blessing”
I love Lykke, and I especially love the video she made for this song. As a person who has a long relationship with sadness, I relate to this song on many levels, but what I love most is that it’s a song about sadness that doesn’t necessarily sound sad. Video

Phantogram “16 Years”
Phantogram has quickly become a new favorite of mine, and I loved this performance on all Moog instruments.Video

Kimbra “Settle Down”
I found Kimbra through the Gotye single “Somebody That I Used To Know” (also an incredible song), and this is my favorite release of hers so far. I think she’s got some awesome things coming our way. Video

Anothers Blood “Lost Communication”
For a long time this song wasn’t released, and I was watching the YouTube video over and over again just so I could listen to it. Video

Lady Lamb The Beekeeper “Between Two Trees”
Aly is a friend of mine, and I have admired her writing for so long. She’s flat out amazing. Video

Land Of Talk “It’s Okay”
One of my all time favorite songs. I love the imagery of “maybe when I die I get to be a car, driving in the night, lighting up the dark.” Video

M83 “Midnight City”
I’m sure this song has been on many playlists as of late, but I just can’t stop listening to it. M83’s new record is so great, and it sounds so big. I love it. Video

Loudon Wainwright III “The Swimming Song”
My buddy Allison Weiss sent this song to me years ago, and it’s what I listen to when I want to remind myself that everything’s always going to be OK. Video

One reply on “Lightyear Makes MAGNET A Mix Tape”