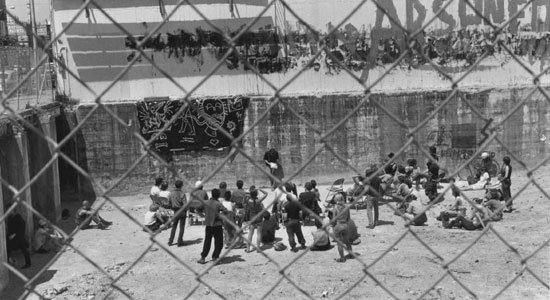 Prophet: Once when I was playing on some tracks for this actress, I told her klipschutz was my favorite poet. Later when she mentioned it to him, he turned and asked me who my second favorite poet was. I couldn’t think of one. Uh … Smokey Robinson? I first met klipschutz (pen name of Kurt Lipschutz) in the early ’90s at the Albion (pictured above). He was an “offstage member” of Bone Cootes & The Living Wrecks. They had something going on. Fast forward and he got a few co-writes on my second record.

I’m not exactly a tech head, but I feel like one around klip. He doesn’t have a cell phone (but borrows mine), is not on Facebook or Twitter, doesn’t have a laptop. Still and all, even though Steve Jobs said he often wished he’d been a poet in Paris, klipschutz actually is one, in our own little Paris of California: San Francisco.

klip has books. You can find them if you look, hard. (Don’t talk me about rock and the underground. Try poetry sometime; you’ll need a shovel.) His first one, The Erection Of Scaffolding For The Re-Painting Of Heaven By The Lowest Bidder is a true collector’s item (100 copies).

You can read his stuff in magazines here: Evergreen Review, Fogged Clarity and Pedestal.

In 2006, klip started Luddite Kingdom Press and folded every page in 150 copies of All Roads…But This One. You have to see it to believe it. Unfortunately, klip was fighting an illness for the last six months and the website disappeared. But wait, he just called and said it’s back up, thanks to a hero in Colorado named Jeff Bahr. (Now he says he’s joining Facebook.) Apparently, the PayPal button on the site is broken.

2 replies on “From The Desk Of Chuck Prophet: Klipschutz, Songsmith And Poet”

Good to read some more of Klipschultz…………..

The album Temple Beautiful is extraordinary. Driving and gritty and heart-wrenching by turns as rock ‘n’ roll, the real stuff, is meant to do. Definitely one of the component parts that sets this piece of work well above what’s out there is the lyrics. A tuned ear put down some rhythm with his ear to the rails and thus helped to write the music as much as the guitar, with more than a few singable tracks (Play That Song Again) the odd lyrical turn-arounds (I Felt Like Jesus) and artfully told stories (Emperor Norton) this collection of theme-based songs is a gift for anyone who likes to sink their teeth into the poetry of it all.