Nada Surf’s Matthew Caws isn’t big on organized religion, but when the spirit does move him, it always has a soundtrack. And that soundtrack has come a long way over the last 16 years. You’d be hard-pressed to discern so much as a whiff of snarky 1996 hit “Popular” amid the bracing, impeccably crafted power pop the trio hammers out with breathless efficiency on its new release, The Stars Are Indifferent To Astronomy (Barsuk). The transportive power of music is something Caws touches on quite frequently on Astronomy—that is, when he can tear himself away from more pressing concerns for our fucked-up planet. Caws will be guest editing magnetmagazine.com all week. Read our new Q&A with him, and check out our cover story on Nada Surf in last month’s issue of MAGNET. 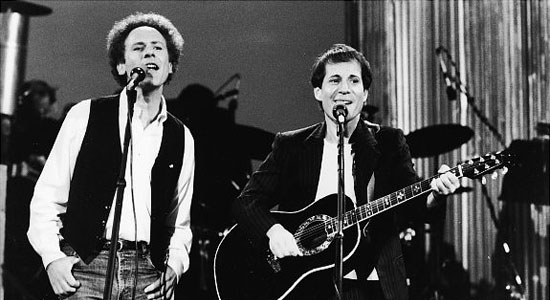 Caws: First show I attended: Our babysitter snuck me and my sister out to a “War Is Over” rally Phil Ochs put on in Central Park. Pete Seeger, Joan Baez and Odetta were there, among others, but I don’t remember the music. All I do remember was someone suggesting over the P.A. at the end of the show that people help out by cleaning up the concert site. I remember my sister and I excitedly running around picking up bottles and cans, feeling like we were part of something.

First show I actually saw: Simon & Garfunkel, Central Park, 1980. Our whole family went. The crowd was amazing to see. Half-a-million people! The stage was very far away, but it was a lovely evening and it sounded amazing.

First show in a theater: XTC, the Palladium, 1981. This is another one our dad took us to. Joan Jett & The Blackhearts opened the show. They were fantastic. Someone passed me a joint. I didn’t know what to do with it so I passed it to my dad. He passed it on. I’d been listening to Black Sea for weeks and think I was on the edge of my seat the whole time XTC played.

First show in a club: U2, the Ritz, 1982. My sister wanted so badly to go to this show. My parents weren’t sure she should go alone. My father made a super-cool-dad move and decided to take her. I pulled on their proverbial sleeves until they agreed that I could come along. We got there really early. There was a screen down in front of the stage and they were showing videos! The Jam’s “Start!” was playing when we walked in. One of our favorite songs! On a giant screen! Hard to imagine now, I know, but videos were really exotic at the time. It was St. Patrick’s Day and some pipers took the stage. They were great, but the crowd was so eager to see U2 that the pipers were booed off. The concert was totally amazing. They started with “Gloria,” our favorite song off their latest record, October. The band was explosive and we’d never heard anything that loud or exciting.