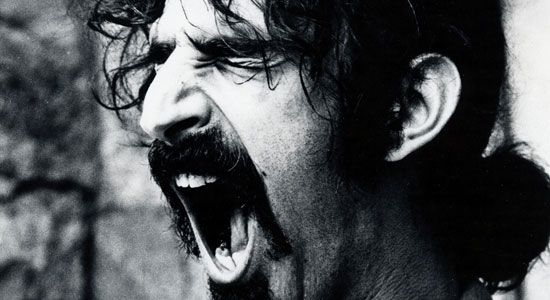 “I’d like to clean you boys up a bit and mold you. I believe I could make you as big as the Turtles.” —‘A Noted L.A. Disc Jockey’ to the Mothers Of Invention, as quoted in Freak Out!’s liner notes

In late 1969, Frank Zappa disbanded the nine-piece Mothers Of Invention, citing financial strains, lack of effort from band members, audience reaction and creative boredom. In the three years prior, the group had pushed the boundaries of rock music further than almost anyone. What began as a blues/R&B combo had blended difficult jazz rhythms, warped juvenile humor, a love/hate relationship with pop music and unlikely instruments; the Mothers Of Invention were equally inspired by Howlin’ Wolf as they were Stravinsky, helping them reach new levels of the avant-garde. Zappa trained his band like an orchestra and even played with some, proving that rock ‘n’ roll was every bit as legitimate an art form as classical music, though in their unpretentious, addictively entertaining way.At the height of the “flower power” era, the band was outspokenly anti-drug, criticizing the hippie movement for the fad it was, but was symmetrically harsh toward the conservative stiffs who ran the country. They were too weird to fit in anywhere; exactly where they wanted to be.

After splitting up the group, the notoriously hard-working Zappa founded his own record label, produced a wide variety of artists, continued work of the never released Uncle Meat film, as well as issuing three more albums: Hot Rats, Burnt Weeny Sandwich and Weasels Ripped My Flesh. In early 1970, he was approached by Zubin Mehta and the Los Angeles Philharmonic Orchestra to perform some of his classical works. As he had tons of unplayed orchestral music written, Zappa was excited, although he soon found out it was not the experience he had hoped. As it turned out, the orchestra was only interested in performing with a rock group to boost young enthusiasm (and ticket sales), plus Zappa had to put up the money to print the scores. Since he was without a band, a new one-off lineup was formed and went out on a short tour to quickly prepare for the L.A. show. To make things worse, the Musicians’ Union would not allow Zappa to record the show (even though it would be for personal reference and not for commercial purposes).

On May 15, 1970, the program was performed at the sold-out UCLA basketball arena, and by most accounts, it was subpar. Combined with bad acoustics, the orchestral musicians were reluctant to perform the music, as they felt it was beneath them, leading to unsatisfactory performances. Although the concert featured the premiere of many pieces that would make up the soundtrack to 200 Motels, Zappa was disappointed with the results. The one bright spot of the night turned out to be from two members of the audience. Mark Volman and Howard Kaylan, the founding members of pop superstars the Turtles, approached Zappa backstage to congratulate him on the performance. The two singers mentioned that the Turtles had just split up and they would love to work with Zappa’s band. This conversation marked the beginning of the Mothers’ revival, as well as the so-called “vaudeville band” that would forever split fan opinions.

That June, the new Mothers (no longer “of Invention”) debuted during an American/European tour. The band featured Zappa alum Ian Underwood on keys and saxophone, bassist Jeff Simmons (whose solo album Zappa previously produced), ex-John Mayall drummer Aynsley Dunbar, future Zappa mainstay George Duke on keyboards and trombone, plus the two ex-Turtles who, for contractual reasons, were credited as the Phlorescent Leech (Flo) & Eddie. This band would concurrently perform on tour and record the bulk of Zappa’s next album, Chunga’s Revenge.

Though mostly featuring new performances, a handful of tracks on the record had been previously recorded. The earliest is “Twenty Small Cigars,” a Hot Rats outtake that was covered by violinist Jean-Luc Ponty on King Kong: Jean-Luc Ponty Plays The Music Of Frank Zappa (a Hidden Gem in its own right), released in May 1970. Featuring the upright-bass work of Max Bennett and the jazzy brushes of John Guerin, this original version is highlighted by Zappa’s unique acoustic guitar playing, an instrument he unfortunately didn’t utilize enough. It’s a short, breezy and gorgeous tune that stands amongst the best of the Hot Rats-era works.

The flip side of the light jazz are the three hard-rocking instrumentals, “Transylvania Boogie,” “Chunga’s Revenge” and a July ‘70 live recording titled “The Nancy & Mary Music.” The two former songs feature Zappa’s guitar playing at his most furious, with the nasty title track quite possibly his heaviest moment. Recorded during the first few days of Dunbar’s enlistment, Zappa told him to “show me why I hired you,” and his powerful performances on the two jams do just that. “The Nancy & Mary Music” is an almost 10-minute long piece featuring Dunbar’s drum solos, Duke’s lightning-fast keyboard playing (plus some scat-singing) and Zappa’s work at its best. This period would prove to be the pinnacle of his blues playing, when he first became (for my money) the greatest guitarist who ever lived. Although his axe work would get more complicated (though no less great) as the years rolled on, the track is a glorious reminder of his unrivaled talent.

The most noteworthy songs on Chunga’s Revenge are the ones that feature Flo & Eddie. Keeping the same playful vibe as “The Nancy & Mary Music,” “Road Ladies” is simply one of Zappa’s best straightforward rock songs. Backed by the just plain mean organ playing of Duke, Zappa moans some of the downsides of touring—“Don’t it ever get lonesome?/Don’t it ever make a young man wanna go back home?/When the P.A. system eats it and the band plays some of the most terriblest shit you’ve ever known!” Flo & Eddie join in to hilariously describe the awfulness of Holiday Inns and the STDs one is sure to catch from the rock star’s only companion: groupies. “Road Ladies” is significant, not only as one of the purest examples of blues rock there is, but because of the touring and groupie subject matter, which would soon become an essential ingredient of the Mothers’ output over the next few years.

Still pissed from his bad experiences with the Musicians’ Union, Zappa penned his goofy comeback, “Rudy Wants To Buy Yez A Drink.” Amongst the Elvis impressions and jaunty Latin-tinged trombone solos, the song describes the sleaziness of a “Union Man” named Rudy, who’s quick to show everyone his gun. The other Volman and Kaylan-led tunes include the incendiary “Tell Me You Love Me,” the humorously juvenile “Would You Go All The Way?” and album closer “Sharleena.” Although Volman and Kaylan receive criticism from some Zappa fans who dislike their immature humor, “Sharleena” shows how talented of singers they really were, not to mention Zappa’s skills as a pop songwriter (whether he liked it or not).

Chunga’s Revenge was released in October 1970 to solid reception, while the Mothers were busy on tour. The next year would see the release of the 200 Motels movie/soundtrack and the Fillmore East: June 1971 live album, easily the highlight of the Flo & Eddie era. Both projects revolve around the idea that “touring can make you crazy,” and frighteningly enough, the Mothers were forced to disband after a deranged audience member pushed Zappa offstage that December, resulting in serious injuries that left him in a wheelchair, unable to perform.

Although Chunga’s Revenge is not a highlight in Zappa’s massive catalog, it is a worthy addition to those who are fans of the “vaudeville” years—a thoroughly enjoyable album by a man who has literally dozens of them. And even a “very good” Zappa album is still way better than everything else.