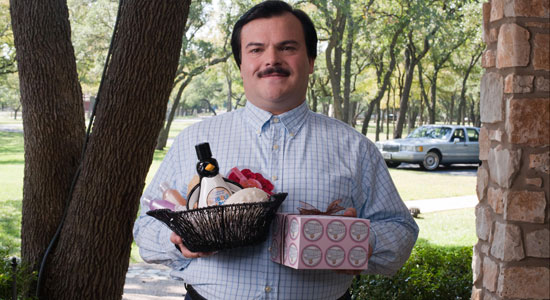 MAGNET’s Mitch Myers files a second round of notes from SXSW.

For some folks, SXSW is considered the frat boy of film fests: loud, raucous and unruly with midnight showings of action, horror and other genre flicks as well as music movies, indie narratives and obscure documentaries. Of course, there’s also insider deals with big-budget production companies and famous filmmakers, resulting in high-profile premieres of mainstream movies like 21 Jump Street or the super-scary Cabin In The Woods.

Anytime local hero Richard Linklater is ready to debut a new film, the SXSW team is happy to oblige. This year that film was Bernie, an East Texas tale starring Jack Black, Shirley MacLaine and Matthew McConaughey. This “true story” revolves around a small-town killing in which the self-confessed murderer is so well liked and the victim so reviled that the townsfolk root actually for an acquittal. Black is extraordinarily well cast in a role where he’s required to both sing and act dramatically as the dark comedic nature of this excellent film slowly unfolds around him.

And please don’t believe the negative reviews of the new Will Farrell movie, Casa De Mi Padre, which was made to look as cheesy and absurd as possible and is spoken completely in Spanish. Farrell doesn’t even speak the language, so his lines were all learned and acted by rote. The filmmakers are subversive Saturday Night Live writers, and their high camp farce allows the likes of Diego Luna and Gael García Bernal to completely indulge in their stereotypical roles. This hilarious parody is clearly destined to achieve cult status. Too bad it’s going to lose a lot of money first.

Paul Williams Is Still Alive and Beware Of Mr. Baker are both music documentaries created by young filmmakers overly enamored with their subjects: ’70s songwriter/performer Paul Williams and legendary rock drummer Ginger Baker, respectively. Drug and alcohol addictions notwithstanding, the two musicians couldn’t be more different, but these films are strangely similar. If you like these artists you’ll probably like these films, but even if you don’t, you shouldn’t miss the amazing footage of Baker in Africa playing drums with Fela Anikulapo Kuti’s band in 1970. (As opposed to Williams schmoozing Johnny Carson on The Tonight Show or appearing on an episode of The Love Boat.)

The action-packed The Raid: Redemption isn’t based on a video game, but it should be. A small group of law officers are compelled to storm a big apartment building completely occupied by violent bad guys—fighting their way in and then out of the massive structure floor-by-floor. Good thing one of the heroes happens to be a martial-arts expert! With dizzying choreography and increasingly dramatic fight scenes, this is one nonstop thrill ride and, the grand finale battle royale is almost as cool as Bruce Lee facing off against Kareem Abdul-Jabbar in The Game Of Death.