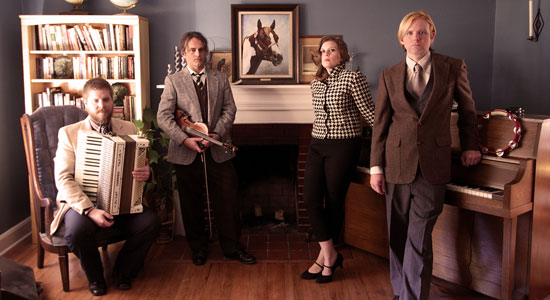 Toth: This won’t be out for a few months, but it’s something you should all put on your “must buy” list. Delicate Cutters are a Birmingham, Ala.-based band that plays rich, lyrically solid rock music that draws from country and folk traditions without yukking it up. Head ‘Cutter Janet Simpson writes haunted, wide-eyed ballads of losing and longing, evoking alt-rock legends like Kristen Hersh, while fiddler Kevin Nicholson weaves intricate, highly individualized melodic lines around and inside her strong, compelling vocals. Ring is their latest and greatest. Highly recommended.

One reply on “From The Desk Of Wooden Wand: “Ring” By Delicate Cutters”

[…] she sent him an early copy of the upcoming Ring. James loved it so much, he mentioned it in Magnet Magazine this […]