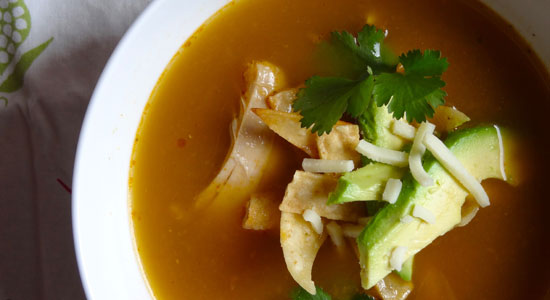 Marquand: My favorite thing to make. So easy and so delicious. This is one recipe, but it can be made with a good vegetable stock and it can be just as good as the non-vegetarian style. If you’re making this for a dinner party, chopped avocado, cotija cheese, cilantro, finely chopped red onion and creme fraiche all on the side make the soup special. If it’s for just you and your roommates, don’t bother. It’s good enough by itself.