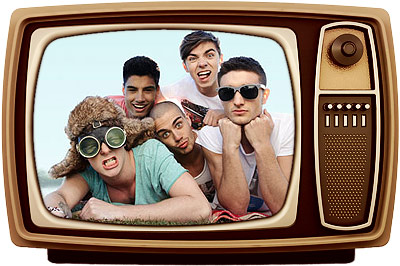 The Tonight Show With Jay Leno (NBC): The Wanted
The Irish/British boy band is plugging this week’s release of its self-titled EP.

Jimmy Kimmel Live! (ABC): Jason Mraz
Rerun from April 18. The singer/songwriter performed “I Won’t Give Up” from new LP Love Is A Four-Letter Word.

Last Call With Carson Daly (NBC): fun.
Rerun from February 28. The band performed “Be Calm” and “We Are Young” from new album Some Nights.