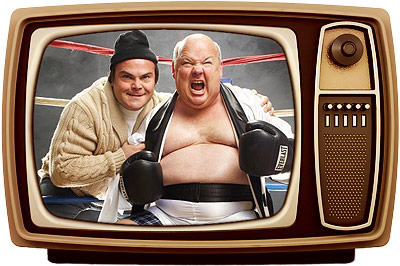 The Late Show With David Letterman (CBS): El-P
The Brooklyn rapper, with Islands frontman Nick Thorburn, is performing “Stay Down” off his forthcoming album, Cancer For Cure.