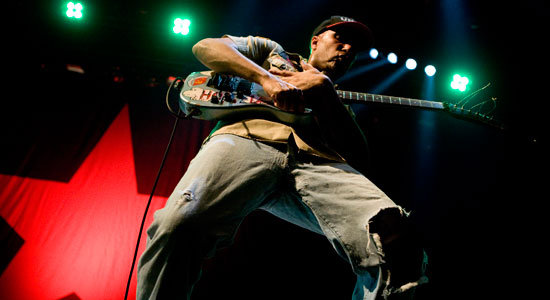 Marker: I have never heard a song with him on guitar that wasn’t just completely great. My favorite show of the last few years was his band the Nightwatchman at this little club where I live in Colorado, because he played both kinds of music that night: quiet and persuasive, and loud and emphatic. Three chords and the truth. There were guys he brought up to speak that had just gotten back from Iraq, and it brought everything into the now. It wasn’t a huge crowd, but he cared like it was Madison Square Garden, and Tom made the room feel that big. That’s how you recognize the great ones.