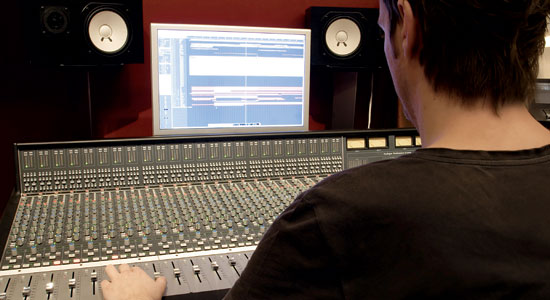 Taylor-Taylor: Digital recording. The Dandy Warhols recorded our first two records to 24-track tape. On a machine the size of a short refrigerator. On the second record, we for some reason needed to manipulate a drum take and the subject of something called Pro Tools was discussed. I don’t remember how much later, an hour or a week, there was a computer screen showing two long sound waves and they were getting chopped up and slid around. There was some consternation, and then Tony Lash said, “Locks up like a big dog*,” and grinned on only one side of his mouth with the same side eyebrow raised. (Tony often enjoyed amusing me by imitating a dipshit during moments of duress.) Well somewhere in The Dandy Warhols Come Down is my first experience with digital recording and editing, and I think it cost the studio somewhere around $5,000 to purchase. Three years later I would buy a computer, a hard drive, screen and 24-track Pro Tools digital recording platform with hardware for less than half that, and my whole world changed. Around that time a hit song called “Livin’ La Vida Loca” was recorded and mixed on Pro Tools. It went to number one, and the entire recording world changed, too.

*In the mid-’90s there was a trend amongst sport enthusiasts to employ the label “big dog” toward describing things they found impressive.