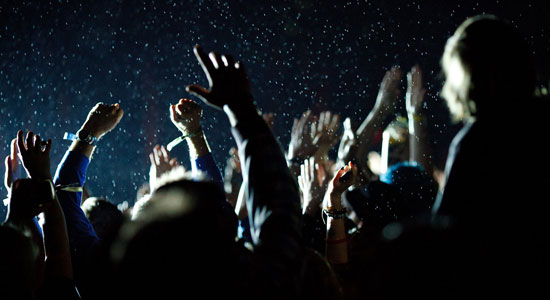 McCabe: I just saw the tail end of a show in Dublin about fame. And it got me thinking. The subjects happened to be about no one I’ve ever even heard of. People who have aged passed their “prime,” people who’ve regretted things they’ve done to stay known. People who fretted over reputations and chart positions. I’m grateful for all the “fame” we’ve gotten and just as grateful for how under the radar we’ve remained. I mean I want a legacy, I want to be remembered, and I do feel a sense of worth when I hear bands who sound like us and when girls tell me they’ve chosen instruments and looks based on my sound and my image. But I also feel hugely relieved that we never were big enough to fall prey to the traps of needing to stay on top, never having to decide if we should make sacrifices in order to keep our name in the press or still be considered hip. No matter how many times we’ve been asked what it feels like to be a” famous,” it’s always remained surreal and remote. After 18 years, I’ll call it a blessing to have been a big enough band to have truly influenced rock ‘n’ roll in our own small way but to have never been cursed by all the pitfalls of having been a huge success. We make our art without much interference, we make our livings without suffering anything bigger than the smallest inconveniences. Fame, what a shame it can be. What a sham, what a scam. Music, what a risky venture. Artists, we have no business making a business out of our creative impulses and desires. But how else could we hope to make a living, an impact, a legend? How do we make it more than a hobby without selling our souls, without compromising our values? It’s a heavy current with a strong undertow, and by luck, fate and who knows what else, we’ve managed to stay afloat. Not a day has passed in the last five years, at least, that I don’t appreciate how lucky we’ve been.