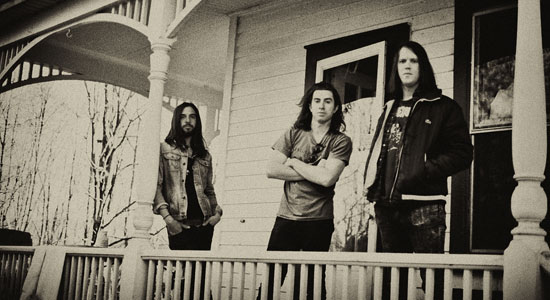 Former MAGNET guest editors the Whigs have announced the September 18 release of new album Enjoy The Company via New West Records … This week, Fitz And The Tantrums kicked off a summer tour, which will include dates with Dave Matthews, Ben Harper and Blues Traveler as well as performances at Bonnaroo and Outside Lands. A new album is due n October 9, but in the meantime, the band is giving away a five-song EP via its website … Anti- has signed Calexico and will issue the band’s first album in four years, Algiers, on September 11 … On September 4, Bob Mould will release Silver Age (Merge), which was recorded with his current band, drummer Jon Wurster (Superchunk, Mountain Goats) and bassist Jason Narducy (Telekinesis, Verbow). Mould will be on tour all summer supporting the album as well as celebrating the 20th anniversary of Sugar debut Copper Blue … Alive In The Windy City is the first-ever Stone Temple Pilots concert to be authorized for commercial video release, and you can own it on DVD or Blu-ray on June 26 courtesy of Eagle Rock. The show was filmed in 2010 at the band’s sold-out performance at Riviera Theatre in Chicago … Harry Shearer’s new release, Can’t Take A Hint, was made with the help of guests Dr. John, Jane Lynch, Fountains Of Wayne, Jamie Cullum and many more. It’s due out August 27 via Courgette … The new album from John Cale, Shifty Adventures In Nookie Wood, will be issued by Domino imprint Double Six on October 2 … August 28 will see Young God’s release of a two-disc studio album from Swans, The Seer, which features Karen O, Jarboe, Akron/Family and others … This summer, Concord Music Group is launching a new series of jazz compilations, The Very Best Of. It will highlight the work of Miles Davis Quintet, John Coltrane, Wes Montgomery, Sonny Rollins, Chet Baker and more. The first installment will be released on Tuesday … In celebration of Jamaica’s 5oth anniversary of independence, VP Records is issuing a three-CD boxed set, Out Of Many, 50 Years Of Reggae Music, on July 17. It will include an iconic hit from each year since 1962 … In other reggae news, Capitol/EMI will release a digital boxed set of the work of Peter Tosh on June 5. Peter Tosh: 1978-1987 includes his five solo studio albums, two concert recordings and alternate versions of several well-known tracks.