Ryan Monroe hadn’t considered himself a control freak by nature. Then he found himself at Redstar Recording in Silver Lake, Calif., with its myriad instruments scattered around, just begging to be fiddled with. For a guy who can play just about anything, it was impossible to resist. So Monroe took a breather from his continuing role as the 34-year-old bastion of versatility in Band Of Horses to record A Painting Of A Painting On Fire (RCM). Monroe hopes to tour this summer behind A Painting before things get too busy with Band Of Horses, which is finishing its fourth album with producer Glyn Johns and eyeing a September release. Monroe will also be guest editing magnetmagazine.com all week. Read our new feature on him. 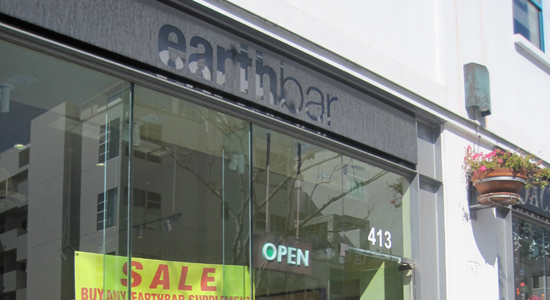 Monroe: I recently stayed right down the street from these two places in West Hollywood. I got kind of hooked on the Earth Bar’s “Gimme Green” juice and wellness shot. They have delicious, healthy food that they can make for you or you can browse a few aisles of vitamin supplements, pre-made goodness and kale chips or whatever. It’s a little pricey, but it’s worth every cent to not feel like crap after ingesting something that is a little bit cheaper but drags you down. Hugo’s is right down the street as well. They have these “almond energy pancakes” that will melt in your face, as well as delicious homemade juice drinks and strong coffee. I’ve been trying to eat healthy, and having a couple spots like these on the block while staying in L.A. for more than a month made it a lot easier.

One reply on “From The Desk Of Ryan Monroe: Earth Bar And Hugo’s West Hollywood”

Using this, to say how super it was, to see your change-to-a-more-healthy-weight. Ugh, there’s no good way to say that, hu? lol. Simply, you lost weight, and look great, great, great.

And it’s wonnnnnnnnnderful. Because it has to be better for your health. I’m so damn happy for you, and how did you do it?

“Miss” Mari-Nanci
(Fan of ‘Band of Horses’ so I’m familiar with you, from that…)