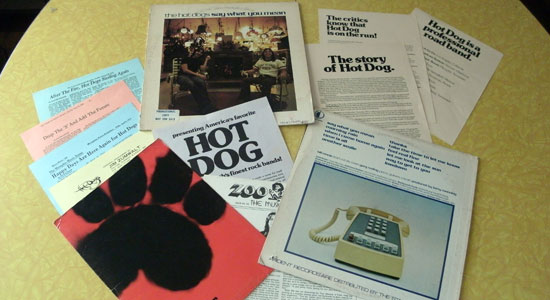 Murphy: In a parallel universe, this record is huge. This speaks to the incongruent nature of whom receives fame and whom misses out on it with equal or better work. In the universe in which you are reading this, the Hot Dogs, a band from Memphis, recorded Say What You Mean in 1973 at Ardent Studios. In one parallel, the record is played alongside Led Zeppelin and Neil Young on classic-rock radio. Why this record is not widely renowned in our universe can be attributed to incident and circumstance. A club fire destroyed their gear in 1974. The band fell victim to distribution oversights when Stax merged with CBS. But we must also consider intangible missteps by applying the Iron Law of Stardom: With everything else in place, success still relies on lining up with a particular slot of time, one in which the Hot Dogs narrowly missed.

There are an abundance of forces in place nowadays that act as redeemers of fate’s oversights. Self-appointed Svengalis-of-taste have culled the archives for overlooked genius. Educated and valid pursuits result in the best kind of gift to a true music fan. Intent is questionable considering the vanilla output of others. It is within this landscape, I am shocked all the more the Hot Dogs have not received at least some reissue foreplay. They were contemporaries of Big Star, practically the poster child of post-factum fame. But I must admit, though I find them well deserving, it pleases me a bit to see them hovering just below the radar. One of the baser instincts of any music fan, the trace desire to keep something for yourself is a selfish but ultimately protective act intent on keeping some things sacred.

That is why it is with hesitation that I write about this record at all. Not that I think my mere mention of it will have much effect, but that I am afraid I cannot articulate what it means to me. Within those familiar with this record, none seems to value it as highly as I do. What may be elegantly at work is the subjective consideration of moments, matter, and a slab of time—but not one conducive to fame. A circumstance made only available to me placed this record on the top shelf in which it resides.