The Old Ceremony, the orchestral-pop quintet Django Haskins has led since 2004, just released its fifth album, Fairy Tales And Other Forms Of Suicide. The band’s first LP for Yep Roc is also its first to receive a vinyl pressing, as well as its first to be released in Europe. In other words, it’s the perfect time for a provocative album title. Like many of the reinvented and rejuvenated performers the band now calls label mates (such as Robyn Hitchcock, Nick Lowe, John Doe and Paul Weller), the Old Ceremony makes music unencumbered by the ever-shifting demands of new and now. Haskins will be guest editing magnetmagazine.com all week. Read our brand new Old Ceremony feature. 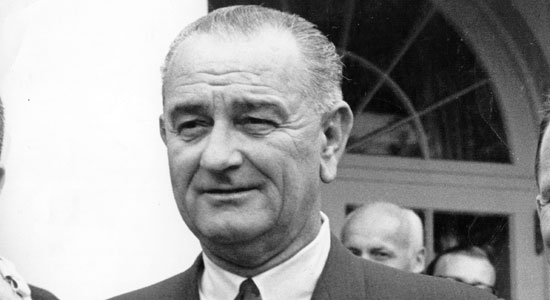 Haskins: A lot of my friends anxiously monitor the health of George R.R. Martin. His Game Of Thrones books (I know, I know, A Song Of Ice And Fire series) have kept fans waiting for, like, five years. My heart bleeds for them as they await the next installment, but I have a rougher row to hoe: About six years ago, I obsessively tore through the first three volumes of Robert Caro‘s massive LBJ biography. Caro took 10 years to come out with the fourth volume this year, The Passage Of Power. The only problem being that this one only reaches the first year of LBJ’s presidency. This means he still has at least one more to go. It has taken longer for Caro to write these incredible historical narratives than it took for Johnson to live them. Think about that. The crazy thing? It is worth the wait. Keep eating those green veggies, Mr. Caro!