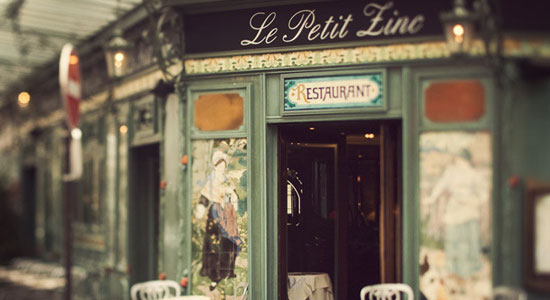 Lichter: I had just arrived in Paris. I flew over from Seattle to record my next solo album with Ken Stingfellow (Posies, R.E.M., Disciplines) to produce. Ken lives in Paris with his wife and daughter. Man, the day I arrived it was hotter than the inside of a steam clam. The heat in tandem with my almost 24 hours of no sleep made for a mighty muggy jet lag. But I was so elated to be there. To finally get to this moment that I’d planned for almost a year, to really get a chance to work with one of my favorite songwriters and producers is difficult to capture in words.

I was feeling giddy riding in the taxi from the airport. My cab driver, Amondy, drove at a ridiculous breakneck speed while texting, talking on his phone, messing with the GPS and asking me about Ken’s acoustic guitar, which I lugged from Seattle to Paris for the recording session. After darting in and out of thick Paris traffic, I finally got to my hotel in the Bastille district. Almody stopped in the middle of the street, halting all traffic around us. He yanked my bags out. The cost was 70 Euros, but I only had a 100-Euro note. He didn’t bat an eye as he left the car in the street, my bags on the sidewalk along with Ken’s guitar (shhh!) and urgently motions for me to follow him. We went to five stores in a two-block radius to make change. A tabac, two bars, two boulangeries and a Tintin book store later, I tipped him five Euros. His big-man smile broke over his racer face, flollowed by a big, meaty hand shake. At the time, I hadn’t a clue he’d over-charged me about 40 Euros, until my last day when I sheepishly told Ken the story. Ken informed me that I should have only paid about 40 Euros for a taxi and never a tip!!! OK, that explained the cabbie’s smile. I was just glad the guitar was still there.

The recording had gone so well getting ripped off like a typical tourist seemed like a worthless thought. After all, the shit I pulled to make this trip happen, not much was going to bring down my castle. I financed the whole album through a Kickstarter campaign. The whole process included: arranging two video shoots, getting one kickass calligrapher, one ass-kickin’ script writer, figuring out really good rewards for backers, sending off approximately 2,500 emails, taking 10 days off from work, getting my wife set up with extra support for the kids while I’m off in dreamy, far away France, countless emails back and forth with Ken, booking studio time in Seattle for bass and drums, combing through more than 45 songs to pick the ones for the album, countless hours of lost sleep, and, oh, that’s just the beginning of a long list. Lots of shit to wade through.

Oh, and speaking of shit, my last day of recording with Ken in Paris was a hot Friday afternoon in his home studio. We had to close the windows to the studio, sealing us in like a blue bag of meth in Breaking Bad. I had to use the bathroom, or as Ken likes to put it, “to see a man about a dog.” I did my business and was about ready to jaunt cheerily back into the studio. I tried to flush. Nuttin, Tried again. Not a tinkle of water in their Parisian toilet. I tried lifting the lid to see if I could jiggle it back in order. You don’t lift lids in Paris. They are sealed down. OK, OK, OK, now official panic starts to set in. I had clogged his family’s toilet. I was starting to feel desperate. I walked out and peered into the studio parlor; Ken was laying down some amazing guitar part on one of my songs. I practiced in my mind what I would say but got cold feet. I retreated back to the bathroom to assess the damage again. Then I noticed a hose in the bathtub. I started to spray water into the toilet. Eureka! I was pushing the toilet paper back to a tolerable level. Repeat, rinse about a 25 times later and I finally it was at a point where I could bring myself to tell Ken. He didn’t blink. “Oh, that’s Dom’s dept.” (His wife.) In the next moment all three of us were in the bathroom troubleshooting and laughing about it. After that session all was forgotten. We had a bit of wine, bread, cheese, fresh figs and sausage.

I went back to my hotel later that night  for my last night of sleep. I know, not terribly rock ‘n’ roll, but this was my first and last day in Paris. The album we did together, Elks In Paris, will be out early fall, 2012.