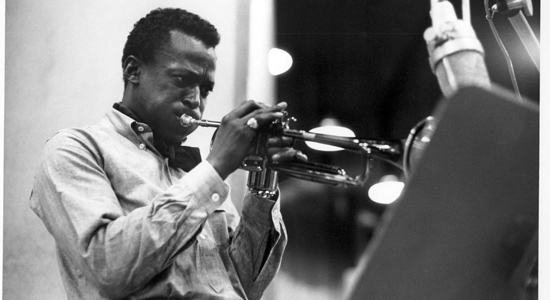 Miles: I still don’t believe it when I see myself in the various pictures I have with Miles that I got to be friends and work with him. He was so brilliant and many times misunderstood on his comments and stance on many different subjects like music and race. He was warm and generous to me, and I learned a lot about music and life from him. If you went to Europe and performed in the ’50s and ’60s you were treated like royalty. Miles met kings and queens, only to come back to the U.S. and not be able to use the same bathroom and restaurant in North Carolina as a white person. I would be bitter and angry as well.He constantly changed the music, and I can say most of his albums have sparked serious discussion and controversy. He has and will continue to influence generations of musicians and fans for many more years to come.