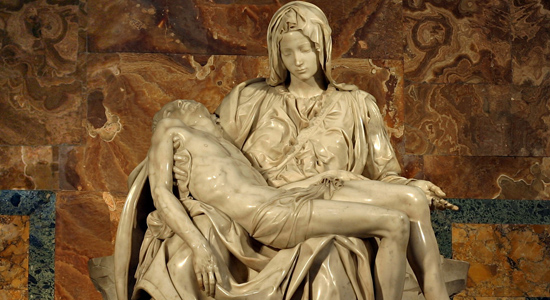 Falu: I traveled to the Vatican in 2008 and saw Michelangelo’s Pietà, a depiction of the body of Jesus on the lap of Mother Mary after his crucifixion, carved in 1499 when the sculptor was just 24 years old. I felt a huge surge of sadness and serenity at the same time. Though I’m not a Christian, it was a purely spiritual experience for me; tears welled up in my eyes for almost 10 minutes as I stared at the sculpture. The peace on Mary’s face as she stared at her son spoke volumes. I realize this now more than ever as the mother of a one-year old boy.