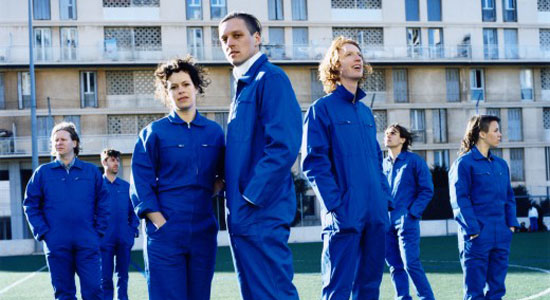 O’Riley: Cellist Matt Haimovitz’s peripatetically touring in all sorts of genres and combinations, centered by his position on the cello faculty at Montreal’s McGill University. We were privileged to record our double-album CD set, Shuffle.Play.Listen, at McGill’s wonderful studio/experimental sound laboratory, the MMR Studio, for five days last June. In light of Montreal being the home as well for the band Arcade Fire, it was a natural choice to include, as we did, two tracks by the band on the non-classical of the two CDs. There were two mini-HD cameras archiving most of the five days’ sessions, so we ended up with a lot of footage for live performance video. (Good evidence of there being no overdubbing, as one might suspect, given the complexity and sheer speed of this arrangement.) Matt actually took on even more virtuosic responsibility, as he became envious of my constant 16th notes. It’s justifiably one of the more popular tracks on a recording of which I’m most proud.