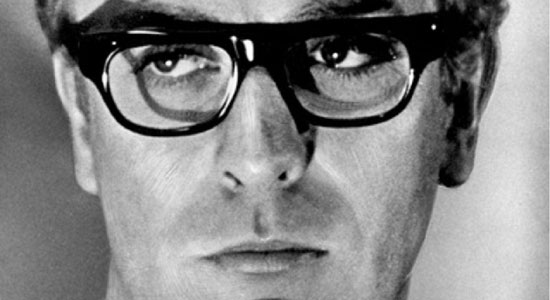 “The 7:55 train to Nottingham,” says Dr. Radcliffe to a porter as Taylor, his Secret Service escort assigned to help prevent a cold-war brain-drain of top British scientists, looks nervously around the station. Upon returning to their cab, Taylor finds Radcliffe’s camera and jogs back to the train. “Dr. Radcliffe, you’ve forgotten your camera,” he says. When the doctor lowers his copy of New Scientist, it’s someone completely different. “Where’s Dr. Radcliffe?” Taylor demands of the imposter. As the train departs, Taylor’s body has been partially covered with luggage on a baggage cart.

Awakened by a jangling alarm clock, Palmer (Michael Caine) puts on his horn-rimmed spectacles and stumbles to the kitchen of his modest flat. He grinds coffee beans for his infuser and sips a cup while reading the newspaper. He circles two horses running at Hamilton Park, then removes a pistol concealed under his pillow and tucks it into the waistband of his trousers.

Arriving at a boarded-up house, Palmer violently kicks open a door on the second floor, startling the man inside. “You’re 20 minutes late. Remember you’re still in the army, boyo,” says the current surveillance man, not amused. Palmer’s replacement arrives early. “Ross wants you, so old muggins has to come down and relieve you,” says the new man. “What did he want?” asks Palmer. “Yes, I’m in his full confidence,” says the replacement sarcastically. “Blast you and blast Ross!” As he departs, Palmer says, “You’ve got some wiping to do. That tape’s still running.”

Colonel Ross (Guy Doleman) is feeding pigeons from his Whitehall office window as Palmer arrives. “I’m transferring you to Major Dalby’s outfit. At least you won’t be sitting in an attic for two months,” says Ross. “Is this a promotion, sir?” asks Palmer. “Sort of. I’ll try to get you 1,400 a month,” answers Ross. “Thank you, sir. Now I can get that new infrared grill,” says Palmer. “You won’t have much time for cooking,” warns Ross. “Dalby works his men, and he doesn’t even have my sense of humor.”

Sporting a clipped R.A.F.-style mustache, Major Dalby (Nigel Green) gives Palmer the slow once-over, then says, “It isn’t usual to read a B107 to its subject, Palmer. But I’m going to put you in the picture: ‘Insubordinate, insolent, trickster, perhaps with criminal intent.'” Palmer replies, unflinchingly, “Yes, that’s a pretty fair appraisal,” then pauses a second before adding, “sir.” “Good,” says Dalby. “That last quality may come in useful. But if I have any trouble with you, Palmer, I shall bite you so hard you’ll go right back where Ross found you.”