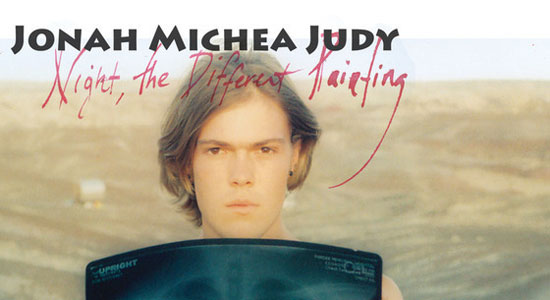 Stamey: What I like about having a studio that’s listed in the phone book in my hometown is the “Sam Phillips fantasy”: Elvis is going to walk in the door one day to record a song for his mamma, and then you’re off on an adventure. Jonah Michea Judy is much spookier and dramatic than Elvis was, more dynamically extreme, and unlike the Big El, Jonah writes his own very accomplished songs and generally plays by himself. But he does rock ‘n’ roll, and he writes great songs that are all his own (although sometimes I hear a bit of Kurt Cobain in his voice?). A lot of folks who call up the studio out of the blue have the idea that they can do one take and we run off a mix and we’re done—it’s never really like that, as I’m sure you know … except it was with Jonah Michea Judy. He showed up, sat down, did one take. It was great. I asked for another, and he obliged. It was great, too; but we used the first, which was better. And then just started using the first takes. He came for two hours at a time, two to three times, and had a record done. And not only did the insistence of his urgency leap out of the speakers, but he was precisely nailing really cool guitar parts every time. And the lyrics were amazing. One day he showed up and cut a song where he sang passionately, then would stop abruptly and say politely “thank you, thank you very much,” and then go back to full throttle! I asked him what that was about, thinking something was going wrong, and he told me that he’d dreamed the song and awakened to write it down, complete. And in the dream, he was busking in a pedestrian tunnel and passersby would put money in his case and he’d stop to thank them then resume where’d left off—so he included this element of the dream in the song, accurate to a fault. He’s on his own path—it’s worth following down that road.