It wasn’t a near-death experience, but it was enough to compel Matt Pond to hit the reset button. The newly emancipated, New Hampshire-bred frontguy for the ever-morphing outfit Matt Pond PA broke his leg on tour in 2011. Shaken by the freak occurrence and the ensuing surgery, Pond finished out the tour sitting down, then headed to St. Augustine, Fla., to convalesce with friends. Once there, he quickly took to the funky, historic northeast Florida town’s laid-back lifestyle and Southern lilt. A rejuvenated sheen permeates The Lives Inside The Lines Of Your Hands (BMG)—especially the new album’s ebullient first half. It isn’t so much that Pond has abandoned the autumnal, inward-delving perspective that pervaded 2010’s The Dark Leaves, or his long-established penchant for overt melancholy. But he has given both a thorough airing out with a blast of smog-free, temperate air. Pond will be guest editing magnetmagazine.com all week. Read our brand new feature on him. 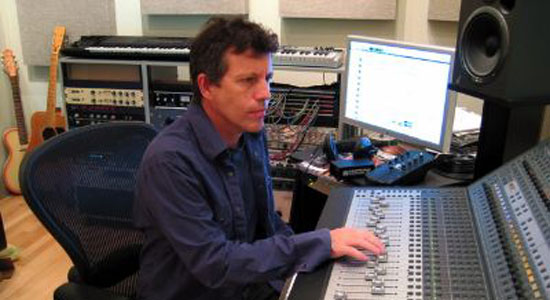 Pond: I first started working with Louie Lino in New York. I’d recently broken up with Philadelphia, and I was a full-on mess. My shaky social skills couldn’t elevate me above the living room floor. When I did make it outside, I was either lost on the subway or buried in the sprawling crowds. Louie sort of saved my life. He made recording musical for the first time; he helped me believe in my songs when others got a thrill out of telling me otherwise. The real truth is that recording is more than gear and talking about technique—or, rather, it’s less.

Despite what the magazines may say, recording is mostly performance and blind faith. Louie quietly cultivates the essential elements of a person and their songs. He’s a low-key wizard. Now in Austin, I love the quality of his components, the coolness and comfort of his setup. Mostly, Louie reveres music. Everyone should make their albums with him.