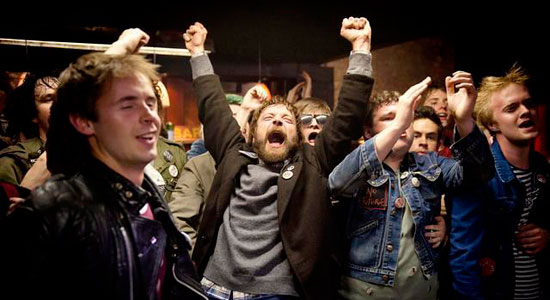 OK, I can believe that it’s been 25 years of SXSW music and 20 years for its film Ffestival, but 20 for the Interactive component as well? Damn! It’s a long way from the advent of CD-ROMs to Twitter and Foursquare, and the formal attendance for Interactive has ballooned from 4,000 to 25,000 in the last decade alone. Would you believe that the interactive conference had more than 800 panels? I personally found more solace in the film fest, where the 24 Beats Per Second category premiered several worthwhile music documentaries including Muscle Shoals, 20 Feet From Stardom, A Band Called Death and Bayou Maharajah: The Tragic Genius Of James Booker.

Muscle Shoals illuminates the role of producer Rick Hall and his FAME Studios, which in turn begat the Swampers, a group of white Southern musicians who played on classic soul tracks by Aretha Franklin, Wilson Pickett, Percy Sledge and many others. Much like the Funk Brothers in Detroit and the Wrecking Crew in L.A., the Swampers—from the little town of Muscle Shoals, Ala.—played on umpteen radio hits during the 1960s and 1970s. Hell, the Swampers even toured as part of Steve Winwood’s band Traffic, but were best known for being world-class studio guys. This is history, people!

A Band Called Death is a heartwarming tale about an obscure Detroit group from the 1970s comprised of the three Hackney brothers—black, religious and playing unconventional, uncompromising proto-punk/black rock that had remained obscure until a recent Death revival and reunion, mostly spurred by geeky record collectors and Drag City’s release of the band’s original 1974 demos. Check out those killer recordings!

The Tragic Genius Of James Booker speaks for itself. A brilliant, erratic New Orleans musician of the highest order, James Booker was the best drug-addicted, one-eyed, homosexual piano player to ever come out of the Crescent City. Testimonials from Dr. John, Allen Toussaint and even Harry Connick Jr. will convince you, if the extended footage of Booker playing like a goddamned Black Liberace doesn’t grab you first.

Ironically, I found the most inspiration from Good Vibrations, a dramatic film depicting the ups and downs of a real-life character, Terri Hooley. Hooley was a rough-and-tumble music fanatic in Ireland who opened a freaking record store in strife-ridden 1970s Belfast. When kids started coming in asking for the punk records they heard on John Peel’s radio show, Hooley was quickly reborn, releasing the first punk singles in Ireland (including the Outcasts and the Undertones) on his Good Vibrations label. Discovered by the likes of Peel and then Seymour Stein and Sire Records, Hooley did well for the punk community but not always himself. Don’t miss the big benefit concert scene where Hooley’s character (played by Richard Dormer) comes out to lead the hall full of punks in a rousing, beer-drinking version of Sonny Bono’s 1965 solo single, “Laugh At Me.” Although unrecognized at the time, Bono’s contrived, Dylan-esque song of counterculture alienation had somehow been transformed into a true punk anthem, and has remained so ever since—check out the brooding, bruising version on Mott The Hoople’s first LP if you don’t believe me. Or Terri Hooley.