Beth Hart’s bio to this point in her 20-plus-year career is very nearly a blues cliché. A youthful beginning, doing great work while toiling in obscurity, struggling with alcohol and substances intended to keep her centered and grounded. It’s a boilerplate blues story, told many times with slight variations. Thankfully, Hart’s recent triumphs have counterbalanced her ancient travails. Last December, Hart took the stage at the Kennedy Center Opera House in Washington, D.C., along with guitar icon Jeff Beck, and performed Etta James’ classic “I’d Rather Go Blind” to celebrate Kennedy Center honoree and blues legend Buddy Guy. Hart’s scorchingly soulful vocals and Beck’s sinewy guitar lines brought Guy and the audience to their feet; that performance has been added to the commercial pressing of Bang Bang Boom Boom (Provogue/Mascot), Hart’s powerfully diverse new album. Hart will be guest editing magnetmagazine.com all week. Read our new feature on her. 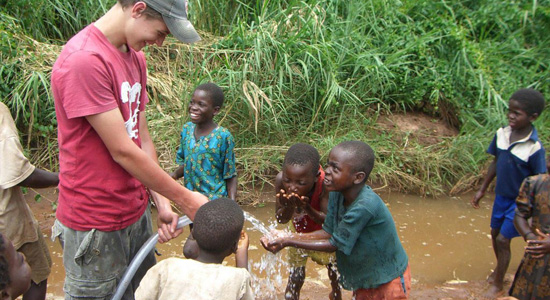 Hart: From babies to children, to teenagers to young adults, to adults to wise old men and women. I see the news and hear the radio and read the papers. It’s enough to make you think we are all mean and crazy. But I don’t think that’s true, not at all. I wish the media would run the other stories. The great acts of kindness, love, charity and creativity millions of people are giving to each other and to the planet every day, all over the world. This is what gets me high and to believe in myself and others. Yes, there is tragedy and fear, but what about the much more powerful truth—that we also have love. Doctors studying all of their lives to be able to heal people and save lives. Students traveling thousands of miles to go and bring comfort to strangers halfway around the world. People who risk their lives to save a forest. Families adopting sick children to give them a home and take care of them for the rest of their lives. There are so many millions of other stories that the human race gives all over the planet. Yes, there is war and unspeakable acts of hate, but that will never win over the love and good I see in this big, beautiful world.