In 2010, Fitz And The Tantrums made their debut album with Pickin’ Up The Pieces. Whether the modern R&B album went triple platinum is inconsequential. Storming songs like “MoneyGrabber” put the band on Leno, Kimmel and Conan, and the soulful sound and fashion-forward sight of singer/songwriter Michael Fitzpatrick—with backing vocalist pal Noelle Scaggs and Fitz’s four additional members—made them suddenly ubiquitous. Along with that televised attention came constant touring. Nothing wrong with that. They sound like a tantrum, and their contemporary raw mix of Stax and Motown—with Fitzpatrick’s powerfully emotive vocals before it—was something to see. Now, they’re dropping their second album, More Than Just A Dream (Elektra), and the whole affair sounds as fast and hard as their live shows, with an odd electronic sheen to the proceedings. Fitzpatrick and Scaggs will be guest editing on magnet magazine.com all week. Read our recent Q&A with Fitzpatrick. 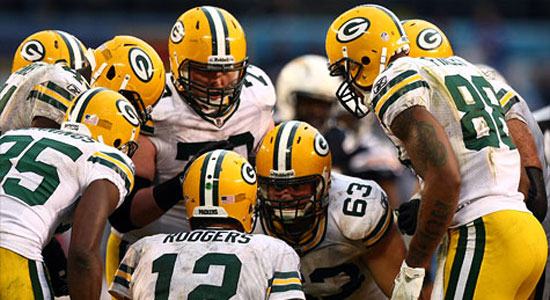 Noelle: There is one season in sports that I get all excited about, and the NFL is it. The Packers have been my favorite football team since I was a teenager. I love the fact that they are community owned and they are a really, really great team. Looking forward to the next round, and I hope this time it is with another Super Bowl win!