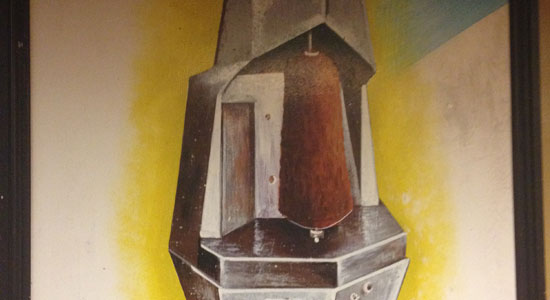 Jonny: This is my favorite painting. It hangs on the wall of my favorite burrito spot in San Francisco, El Farolito. We recently went there after our show, and Josh got cow-brain tacos. He couldn’t stop coming up with puns: “food for thought … Brain food … ” I thought they tasted like soap.