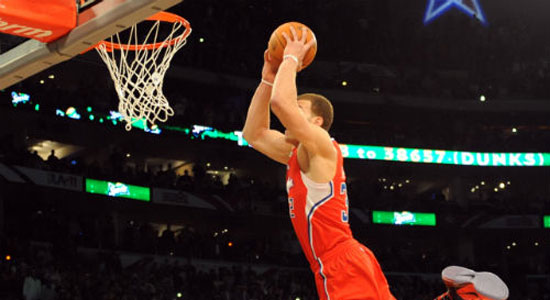 Toupin: I am among the few people I know who doesn’t enjoy college basketball as much as professional basketball. If I’m going to watch basketball, I want to see super human beings displaying extraordinary athletic ability. I don’t care about the “fundamentals.” If I liked that, I’d watch high-school players pass the ball around for an hour before doing a layup. I’m in it for the half-court dunks. I’m in it for biceps the size of my thighs. I’m in it purely for the entertainment. I don’t want to know what the players do on their off time. I just want to see them doing their job with all of the flare and pizazz muster-able to enhance my viewing experience.