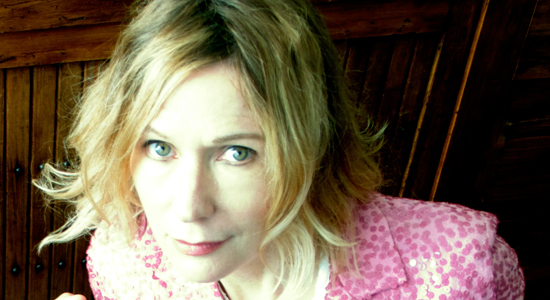 Over the last 30 years, Sam Phillips has had one of the more unusual and varied careers in what can broadly be called pop music. Her first success came in the early ’80s via contemporary Christian music, under the name Leslie Phillips; she was, regrettably, marketed as “the Christian Cyndi Lauper.” For her fourth Christian album, 1987’s The Turning, she partnered with producer T Bone Burnett, whom she would later marry. Frustrated with her record label and the constraints of the genre, Phillips left Christian music and started recording as Sam Phillips, reverting to her childhood nickname. Four albums of exuberant, baroque pop matched to barbed and witty lyrics followed, all on Virgin Records, all done with Burnett. These records flirted with ’60s-era ideas—girl-group sounds for 1988’s The Indescribable Wow (which included string arrangements from Van Dyke Parks); Beatlesque orchestration for 1994’s Martinis & Bikinis; lounge pop and neo-psychedelic eccentricities for 1996’s Omnipop (It’s Only A Flesh Wound Lambchop).

Then she tore up the playbook again. Starting with 2001’s Fan Dance, Phillips moved to the prestigious Nonesuch label, sharpened her focus, stripped back the production and turned to a concentrated-yet-artful songwriting style that had a bit in common with the cabaret and torch ballads of Tom Waits (not the least because guitarist Marc Ribot played a prominent role in the arrangements). Her marriage to Burnett dissolved during the creating of 2004’s A Boot And A Shoe; 2006’s Don’t Do Anything was her first self-produced album, and her last for Nonesuch. This era coincided with her work composing the score for Amy Sherman-Palladino’s TV series Gilmore Girls; her writing played a prominent role in the much-loved show, which ran from 2000 until 2007, and Phillips is now working with Sherman-Palladino on new series Bunheads (as of this writing, in limbo for renewal for a second season).

In 2009, Phillips again tried something new: She launched the Long Play, a digital series that promised exclusive music—as well as an assortment of multimedia content, written musings and snippets of insight into the creative process—to paid subscribers. Part-blog, part-crowd-source funding and overall an experiment in a direct artist-to-listener experience, the Long Play ended up running for two years, during which Phillips was extremely prolific; she posted five EPs and an album, totaling 44 songs. In 2011, she released to the general public a 13-song CD sampler, Solid State: Songs From The Long Play.

The Long Play was a successful experiment, but also an insular and demanding one, and Phillips eventually felt it was time to move on. “I didn’t want it to overstay its welcome,” she says. “It was only supposed to stay for a year and a half, but then a lot of people found it later, so we kept it open. It was a lot of music; for those who were interested, they liked all that music. But for me, it was a lot. What I wanted to do for the next project was something very abbreviated, something that was a little more friendly, and that the price point was lower—just smaller in general. I was very proud that we clocked in at, I think, 29 minutes for the whole album.”

That LP is the self-released Push Any Button, her first physical release of new material in seven years. It’s not a radical change in style, but it’s livelier and more fun than anything she’s done since her Virgin era. Many of the 10 songs contain hints of that intersection of rockabilly and country that the other Sam Phillips made his name with, and some include almost countrypolitan string arrangements.

“I love that hybrid, somewhere in between rockabilly and country,” says Phillips. “The first record I remember hearing—I’m sure there must have been others—but I was about three years old, and my brother had a single of the Beatles’ ‘I Don’t Want To Spoil The Party’ and ‘Eight Days A Week.’ My parents loved jazz, so for a long time that was my idea of country music; I didn’t hear a lot of classic country music when I was growing up.”

“When I’m Alone” starts with an acoustic riff that recalls Elvis’ Sun Records period; drummer Jay Bellerose adds a dry, clip-clop rhythm, and the Section Quartet provides the stripped-down but sweeping strings. The lyrics, however, belie the perky arrangements, as Phillips sings, “When I’m alone, I’m not lonely,” ultimately sounding like she’s trying to convince herself of that fact. There’s some Johnny Cash on “You Know I Won’t” and some Skeeter Davis on “No Time Like Now,” although none of the songs sounds like an homage or pastiche. Phillips says that “push any button” is meant to suggest that the album is “like a jukebox connected to the 20th century.” It doesn’t settle in one place for long, while still sounding like a coherent, emotionally complex Sam Phillips album.

“I think it’s important to present what I feel good about, my point of view,” she says. “I think at the end of the day, probably everything’s been done—it’s more important how you put things together. Whether it’s country or rockabilly or blues or jazz, it’s just one’s version of those different genres and different points of view, and your thoughts. You know, I think that because of the freedom of the Long Play, I just felt free to make the kind of pop music that I really like. And already, after having made this record, I feel myself wanting to go in the other direction and write something longer, more obscure, a little less friendly.”

Most listeners would point to Phillips’ Virgin Records era as her most “pop” period—her “omnipop” period, perhaps—so it’s intriguing to hear her designate Push Any Button as “the kind of pop music I really like.” Her albums on Virgin coincided with the early-’90s heyday of alternative radio, so they fit a “pop” genre, but it’s unlikely that any of her new music would find a place in a broad commercial format today outside of the adult-alternative one that has always embraced her. Not that she expects a pop hit: Phillips knows that times have changed, radically, since the ’90s.

“I was more aware of top-40 radio—because there was a top-40 radio format, even though it was starting to disintegrate and diversify—at that time,” says Phillips. “But since then, I’ve been more and more in my own corner and doing my own thing. The fun part of it is, I have no idea how people will hear the new album. I don’t know, really, how much people have been exposed to that era. Another thing that I’m trying to investigate and unravel is about being over 30, over 40, making music in our culture, because we’re very different from our parents’ generation. I think Lucinda Williams is going strong and beautiful, and in some ways her songs are better and better. Even my dear old friend T Bone Burnett, he’s having the run of his life doing all sorts of interesting things. It’s a very interesting thing about age and culture and what it all means. I think it’s being redefined in a very interesting way.”

That relationship between age and culture was also something that Gilmore Girls explored in the bond between Lorelai and her daughter Rory, both of whom were music fans, and Phillips finds herself in a similar position, sharing music with her 15-year-old daughter.

When Phillips was doing the Long Play, she knew who her audience was: paid subscribers predisposed to being interested in her work. But Phillips has mixed feelings about her responsibilities to her audience now. On one hand, she’s eager to give them value for their investment, and she’s talking about making additional songs available as bonus tracks to supplement the 10 on Push Any Button in order to offset shipping costs that turned out higher than she expected (“Doing this all DIY, I’m learning about all the ins and outs of manufacturing,” she says). On the other, she isn’t thinking about her audience when she is creating the music itself.

“I think that part of our jobs as artists is that we have to have a vision and know what to do,” she says. “We’re not Coca-Cola; we’re not Kleenex; we’re not trying to get notes on what consumers want, exactly. I think that’s the tendency today. There were times when I thought, ‘Maybe I shouldn’t put these out,’ because I wasn’t sure that there was a place for them. But some little scientist part of me wants to know if people will like this sort of music, will they still like songs? I’m just going to present them to the world, and if they catch on beyond my listenership, that’s great. And if not, I’ll just go on to the next thing.”