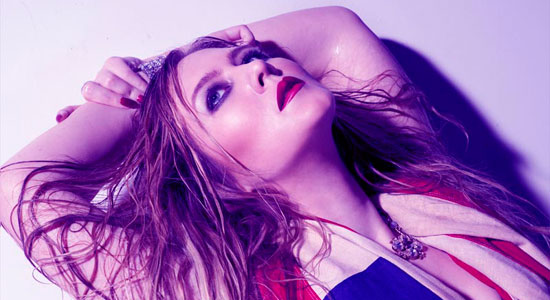 At the age of 10, Tessa Torrence started writing as an outlet from her abusive and addictive childhood. Torrence says she “kept so much inside that I felt I couldn’t let out, so I just wrote and I wrote—in journals, on napkins, scrap paper, scribbles—never necessarily intending anyone to read or listen to any of it.” Now that her debut album, Feel No Evil, has been released, the world is listening to what she wrote. Check out her video for “Did to You” and the mix tape she made for MAGNET below. She says the songs on this mix tape influenced her and are ones that “have a real brilliance in the story they tell and the emotion they evoke.”

Van Morrison “Beside You” (Bang /NY 67 Sessions)
This song is so strangely magical. What an insanely passionate performance! Just mind blowing … A whole lotta soul there. Moody and explosive. Video

Johnny Thunders “So Alone”
Now this was rock ‘n’ roll. Total grit ‘n’ edge, with an insane underlying sense of vulnerability that anyone can relate to. One of my all time faves. I always listen to the famous ’84 live version, though, as opposed to the studio recording. It’s the best. Raw. Video

Velvet Underground “Heroin”
When I was young, I would lay on my floor and listen to this song on repeat. It blew my mind. It’s crazy, how someone could spell it all out so simply and with such truth. In not only words but music, too. I never personally saw the song as glorifying heroin use, but more just someone writing about how it is. The facts. Of going through the motions, wanting to kill it all away, and how it becomes your everything. Your “life,” your “wife,” the control of drugs, it’s rare you hear such honesty about such a “taboo” subject in pop culture. The honesty to me didn’t mean glorifying anything. It always just seemed written in a lonely nature about the gravity (or lack of gravity) of it. The music has this feel of the calm before the storm, the storm before the calm, and the overwhelming euphoria, ending in serenity. Genius. It recalls the feeling you can evoke from an old-school jazz song in the sense that you can feel what he is saying merely through the music. Video

Joy Division “Love Will Tear Us Apart”
He had such a sad darkness in his voice. Brilliantly written song. Anyones who’s been in a relationship for too long, fearing letting go, for whatever reasons, needs to listen to this. The blatant realizations he writes of … wow … Hasn’t everyone been there? All the bad finally becoming so big and creating such hollowness that it outweighs the good. The moments when you come to it … how old it all is. But, somehow, there is always still that small want or desire. The pain of the mundane, yet, the love of familiarity. Video

Bob Dylan “Moonshiner”
Love this song. Heard it in a cafe, one rainy night while in the middle of a boring meeting. It was a live version. Stopped me in my tracks. Literally had to just stop and listen and then, of course, later, track down the album. Have covered it live for many years, too. Video

Tom Waits “Christmas Card From A Hooker In Minneapolis”
Pretty sure I cried the first time I heard this song. The man can really tell a story, and his voice sounds like he’s washed down rusty nails with a bottle of whiskey. I saw a live performance of this on YouTube, where he sings “Silent Night” as an intro. People in the crowd were laughing. Although understanding satire, I remember thinking, “Wow, how don’t people get this? Or do I not?” Anyway, went straight to my heart, then my gut. Ain’t that what a good story’s supposed to do? Video

Yes “Your Move”
Classic. There’s not another song like it. Great message, too. Questioning why or rather pointing out how life and the people who surround us often push and teach us to fight just to get ahead. Plan. Your move. Its all a game of chess. It becomes us. When really we could all just be focused on living happily and worry-free instead. But it doesn’t push its meaning down your throat. Love the fact that in the background near the end you can hear John Lennon’s “Give Peace A Chance.” Stunningly cool song. Video

The Replacements “Can’t Hardly Wait”
Basically, the Replacements just Rock. What an awesome song. I also love a rock song that has a saxxxxx solo!!
#MidWestFeelGoodRock Video

Nine Inch Nails “Closer”
Whats sexier than that juicy beat? Trent Reznor screaming “I wanna fuck you like an animal” This song is haunting, raunchy and insane, in the best possible way. #ChainSawSynth Video