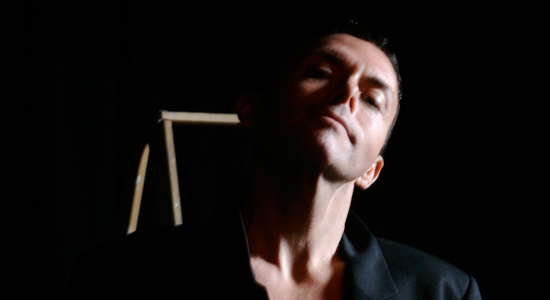 Richard Barone is an example to all of us who get trapped in our daily grind. He seems to be the perpetual glass-half-full kind of guy. He admits he feels pretty much the same way he did 30 years ago when Barone on lead vocals and guitar along with bassist Rob Norris and drummer Frank Giannini gave birth to the Bongos, a wonderful, jangly power-pop combo that could light up any room with its overflowing energy. It’s difficult to believe that their new album, Phantom Train (Jem), is not really new at all. With guitarist James Mastro added to the band, it was cut in 1985 and 1986 and has languished on the shelf ever since. Barone has also kindly agreed to serve as guest editor for magnetmagazine.com all week.

MAGNET: I was surprised to discover something this exciting by the Bongos has been sitting in the can for so long.
Barone: There will be some more Bongos releases next year, like a special edition of Drums Along The Hudson. Unfortunately, we all live in different states, but I love working with the Bongos.

The Bongos and R.E.M. seemed like a perfect musical fit. You were pals with them, right?
I did a lot of work with Mitch Easter, the Nuts & Bolts album, I believe, and while I was there in North Carolina he wanted me to hear this band he’d just recorded, and that was R.E.M.’s first single, “Radio Free Europe.” And I really loved it. I have always been in love with record production and still am. The production of R.E.M. at that time was just a band in the room kind of sound, which I’ve always liked, but at that time I was trying to do something different.

What was it like to move to New York in the early ’80s and jump right into that legendary scene?
It was all a blur for me. Suddenly, I was playing with a band we called “a” and it morphed gradually into what became the three Bongos. We were friends. Frank Giannini was playing me Abba records. I was into this very sparse, four-piece band sound. I really liked the Ramones. Between what Frank, the drummer, was listening to harmony-wise and I was listening to guitar-wise, we formed the Bongos.

I always assumed you guys were listening to Talking Heads, too.
They’re dear friends of mine. And I really liked Eno’s work with Talking Heads, but “a” was more influenced by Talking Heads. In fact, that was what made “a” different from the Bongos was the Talking Heads influence.

Did the Bongos play CBGB and Max’s Kansas City?
We never played CBGB, but we played Max’s plenty of times. That was so cool because of its connection with Andy Warhol. We played there with Jayne County all the time. We liked those late, crazy shows and that trans-sexual thing. The Bongos always played these very different kind of bills, like with Klaus Nomi in New York. We were always interested in pushing some boundaries in terms of who we did shows with. And CBGB was too typical about that kind of thing. We were very snooty about that kind of thing. The Bongos liked to play more places where people could dance. We would go to CBGB to see other bands. When I first got to New York, I would go to CBGB every night for a week to see the Ramones.

Is it still exciting, living in New York?
New York is such a great place. I feel like a 12-year old kid when I go out. Every night there’s something happening. I saw the Zombies play the other night at the Cutting Room. As much as I travel, I still get homesick for New York. It’s going on 24 hours a day and it really doesn’t stop.

The bands I always associated you with were the Feelies and the dB’s, two of the best from that post-Ramones, Talking Heads, Television, Blondie era.
I loved the Feelies. They started a little ahead of us, so we were big fans. Rob Norris and I went to see them for the first time at a rock/dance club called Hurrah! They were amazing. We reached out to them immediately. We befriended them and started doing double-bills with them. Rob  still plays bass with Glenn Mercer. And, of course, we’re very close with the dB’s. I’ve worked with Peter Holsapple in many different ways. He’s directed shows that I’ve done. And I’m in touch with Chris Stamey all the time. We love the dB’s. We went to London and played the Rainbow Theatre with them in ’81. They don’t play as much these days as they used to.

Well, we’re all getting older, Richard. Except for you, that is. Is there a portrait of you in somebody’s attic that keeps you looking so young, a la Dorian Grey? You don’t look a day older than when I first saw the Bongos 30 years ago. How do you do it? Don’t be modest, now. Tell me the truth.
Well, I do go to the gym every day, and I like to have a good time. If there’s any secret, it’s that I have a good time with everything I do. I really mean that, whether I’m onstage or hanging out with my friends. I approach everything pretty much the same way I did when I was a teenager. And I feel it’s part of my job to do that because I’m doing pop music. That’s where it comes from. And whatever experiences I have are in the songs, and I express them with the same enthusiasm I had when I was 18.

How does Phantom Train sound to you, after all this time?
We began and finished it back in the day. I think it’s my favorite of the Bongos albums. It combines that raw “band in the room” quality that I really do like with the high production quality that I love, making it larger than life when it needs to be. I thought Phantom Train was the first time we hit just the right balance between the two. Numbers With Wings came close, but that was literally larger than life with a widescreen. Phantom Train we got both the band sound and the larger-than-life production.

So, why didn’t it come out back then?
It was a strange turn of events. We’d literally been on this “phantom train” for the past five years, and we couldn’t get off. We were going from tour to studio and tour to studio. And it began to take its toll on us in some ways. We were fried. You may notice a lot of the lyrics are about escaping and being on a train that’s going nowhere. It came to a point we needed some kind of a break that wasn’t even discussed between us. My break was to play some acoustic solo shows in the West Village. I lived right in the midst of all these great clubs like the Village Vanguard, and I kept thinking how nice it would be to play one of them, especially since the Bongos were playing 300 shows a year. So I started playing acoustic shows with Nick Celeste on acoustic guitar and Jane Scarpantoni on cello. It sounded so good, very low key and a lot of fun. By the time we played the Bottom Line, we recorded the show live, and that became Cool Blue Halo. And the Phantom Train album just sat on the shelf.