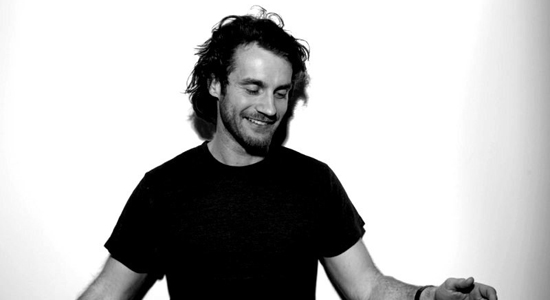 Philadelphia native Ray Ward, also known as *Chi, has had an amalgam of musical influences in his life, ranging from his Philly-based reggae band to his folk band in Brooklyn. With his transition through so many different musical genre during his storied career, it’s no wonder *Chi’s music transcends genre. Just like his experience with music, *Chi’s influences are all over the map. From Blur to Neil Young, *Chi has joked that his music is “psychedelic indie folk trip-hop electronica.” Well, regardless of what you call it, we’re sure you’ll enjoy it. Check out the mix tape that he made for MAGNET below.

Gorillaz “Kids With Guns”
What can you say about Damon Albarn? There were probably a lot of skeptics out there when he decided to form a virtual band. What’s so great about this project is the interaction between music and visual art. Jamie Hewlet is the other member of Gorillaz, and he’s not even a musician! The total experience of Gorillaz makes it such a fun project. Video

Johnny Cash “Hung My Head”
I knew I loved Johnny Cash, but I didn’t know how much until I heard this song. It hit me in a way that so few songs have. His voice, and the way that he tells a story through music, is unbelievable. Video

Bonobo “Cirrus”
This video is incredible! Bonobo really deserves the credit he’s gotten in the electronic-music world. There’s a personality in the music that really distinguishes itself. It’s soothing and thought provoking at the same time. Video

Neil Young “Old Man”
This song still gives me the chills every time I hear it—he is such a great songwriter. I usually go through about one period of intensive Neil Young listening every year, where it’s all I can listen to. Most of the time it starts with this song. Video

Tosca “Suziki”
These guys are absolute geniuses when it comes to multidimensional, yet beautiful and accessible electronic music. It balances a warmness, but also an eerie reflectiveness that is really powerful. This song is also the title of their classic album. Video