In 2006, Quentin Stoltzfus was forced to retire Mazarin, the dreamy, strummy Philadelphia-based project he debuted in 1999, due to threats from a litigious Long Island classic-rock band of the same name. If not for that, the new Light Heat album would be a Mazarin album, and could have come out years ago. The catalyst for Light Heat’s debut came from Stoltzfus’ friends and former tourmates the Walkmen. That band, minus singer Hamilton Leithauser, backs Stoltzfus on the LP, although Light Heat itself, like Mazarin, is essentially Stoltzfus and whomever he plays with. Stoltzfus will be guest editing magnetmagazine.com all week. Read our new feature on Light Heat. 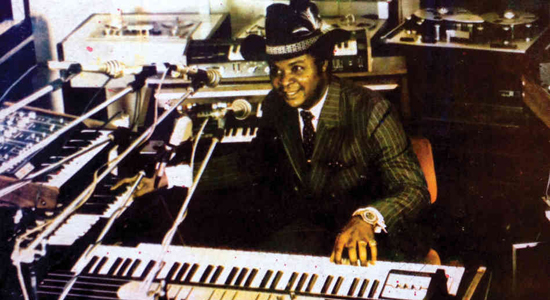 Stoltzfus: Of all the West African music I’ve encountered in the last several years, the mysterious Mr. William Onyeabor is a stand out, particularly the track “When The Going Is Smooth And Good.” Luaka Bop is releasing a collection of his jams called Who Is William Onyeabor?. The limited-edition vinyl LPs are already sold out. Good for him.

From Luaka Bop: “William Onyeabor self released 8 albums between 1978 and 1985 and then became a Born-Again Christian, refusing ever to speak about himself or his music again. Various biographies can be found online. Some say he studied cinematography in the Soviet Union and returned to Nigeria in the mid 70s to start his own film company, Wilfilms. Some say he was a lawyer with a degree from a university in Great Britain. Others portray him as a businessman who for years worked on government contracts in Enugu, Nigeria.”

A true man of mystery. Regardless of his story, his music speaks for itself.