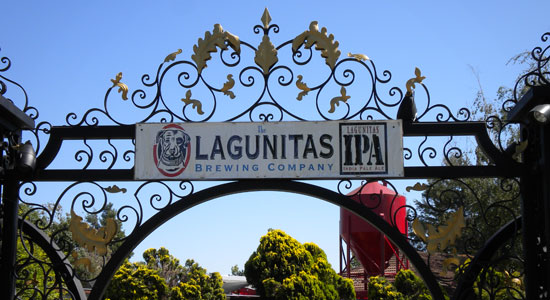 Segel: Camper Van Beethoven played an outdoor love festival in West Marin a few years back, called the Far West Fest; it took place in Love Field near Point Reyes Station. It was a lovely day in the sun, and the weirdos people from the Petaluma brewery called Lagunitas brought us some beer that was labeled with Frank Zappa. We had a long drive home, so most of it had to come with us.

I think their IPA (or DUI-PA as I’ve heard it called) is consistently my favorite ale. I do like Bear Republic’s Racer 5 as well, and some of my favorite Bay Area restaurants serve only Racer 5 for the ale side of things, but still, I always come back to Lagunitas for their IPA, or even the IPA Maximus.

Now, not everyone in Camper drinks! You may think that coming from Cracker in the 1990s everybody would be chugging Maker’s Mark (mixed with Red Bull), but no, some people don’t even drink at all. Well, ok, soda water. Or kombucha. And some people drink Amstel Light (I know, what the fuck?) But I admit it, I like a good bitter ale. I was a bartender in San Francisco for many years back in the 1990s, enough for me to even stop drinking for many years. Back then we had Red Hook, Anderson Valley, Pyramid, Drakes. These are all around still, but it’s gonna be the Lagunitas folks who get my money.

Uh, when I’m in California, anyway. Here in Sweden, beer is like $3 a bottle. I have found one micro-brewery that is amazing, called Oppigårds, and I hear Pang-Pang is good, but you have to go to them to taste it!