Living in the moment—and figuring out where you are when you get there—is something of a shared philosophy between Joy Formidable frontwoman Ritzy Bryan and bassist Rhydian Dafydd, one that serves them well regarding their just-released sophomore album, Wolf’s Law (Canvasback/Atlantic). After a much-raved-about debut, 2011’s The Big Roar, and gigs that spanned from intimate clubs to opening for Foo Fighters and Muse, expectations from fans and critics are higher than ever. Yet Bryan isn’t worried about expectations. “The only pressure that we ever put on ourselves is to write music that we can completely stand behind,” she says. “That’s just keeping yourself alive and excited and inspired by this band.” Bryan and Dafydd will be guest editing magnetmagazine.com all week. Read our brand new feature on them. 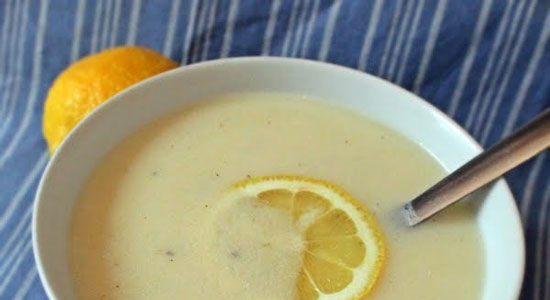 Bryan and Dafydd: Forget all flu remedies: Avgolemono is the good stuff if you feel the onset of a dribbly nose. This is our choice for a last supper; it’s delicious and one of the few things we can actually cook, which is also helpful. Chicken, rice, lemon juice, egg yolks. Thank you, Greece.