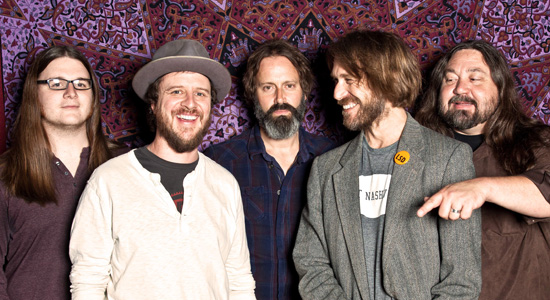 Say this about Todd Snider: You may have to wait around for the guy, but once you have him cornered, he rarely disappoints. “It’s not like I’m a politician or something,” says Snider, punching in late to a conference call from his Nashville home after 15 minutes of struggling with the access code. “I can just be a minor pinprick in the ass of some jerks. I’m kind of a pothead—I never wrote the whole thing down.”

It’s a feasible summation of Snider’s shoes-optional, gonzo troubadour career to date, whether he’s working up a contrarian lather with his own tunes, doing a job on early champion Jimmy Buffett’s “Margaritaville” (from his 1994 debut, Songs For The Daily Planet) or probing the darkly emotive sweet spot in Gillian Welch’s “Wrecking Ball” on Hard Working Americans (Melvin/Thirty Tigers).

Quickly shifting the focus back to Hard Working Americans, Schools admits that his integral role in the collective rarely felt like work at all. “I was the guy that had to keep the kittens herded, as it were,” says Schools, who helped Snider recruit guitarist Neal Casal (Chris Robinson Brotherhood), keyboardist Chad Staehly (Great American Taxi) and drummer Duane Trucks (of the famed Trucks lineage) to fill out the band. “It was definitely the most fun I’ve had producing a record, for sure.”

HWA began as a collection of Snider’s favorite songs, many from past tourmates like country traditionalist Kieran Kane (“The Mountain Song”) and the Bottle Rockets’ Brian Henneman (“Welfare Music”). Two of the album’s most memorable tracks (“Another Train” and “I Don’t Have A Gun”) are credited to Will Kimbrough, who played in Snider’s ’90s backup band, the Nervous Wrecks. “Every one of my friends seems to have a song that hits me really hard,” says Snider. “So, it was really tunes that I’d memorized the words to on the first listen.”

And while an adamant blue-collar attitude holds it all together, the level of interpretation varies. There are few-frills renderings of Randy Newman’s “Mr. President Have Pity On The Working Man” and Texas singer/songwriter Hayes Carll’s “Stomp And Holler,” the latter a tune that can really only be delivered one way—saucy and straight-up. Others take serious liberties with the arrangements while still embracing the downtrodden spirit of the originals. HWA’s bluesy, disquieting take on Kevn Kinney’s “Straight To Hell” is a prime example. “He was there when we mixed it,” says Snider. “He loved it. He teared up, I think.”

Apparently, Kinney wasn’t the only one blubbering. “We met in the hall weeping,” says Schools of a particularly moving lead vocal from Snider on “Wrecking Ball.” “Man, it really hit home when he did that take.”

“I didn’t even know that,” says Snider, slightly aghast over this revelation. “Shit, now I want to see the video.”