As the Notwist worked together on its new album, Close To The Glass (Sub Pop), the trio felt the songs were going in too many directions. Ultimately, the band gave up on finding a center and embraced the diversity. “With this record, there were no rules anymore,” says frontman Markus Acher. This outcome makes perfect sense when considering the band’s history. The Notwist is all about exploring possibilities: of the interface of acoustic and electronic, the planned and the unplanned, collaboration and revision, evolution and experimentation. The group has released only seven albums over the course of a 25-year career, and Close To The Glass is only the second since 2002’s landmark Neon Golden. Acher will be guest editing magnetmagazine.com all week. Read our brand new feature on the band. 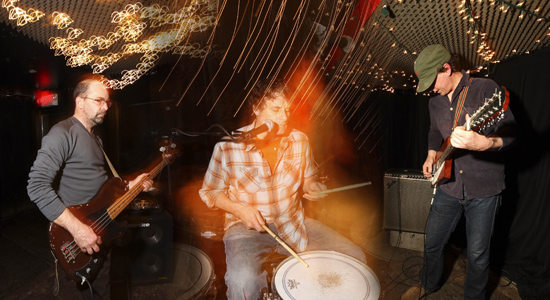 Markus Acher: In the early ’90s, I worked for record label and mailorder Raffmond in Landsberg, which was specialized on music from New Zealand. We sold and distributed records, CDs and tapes from Flying Nun, Xpressway and other labels, and many of them I bought myself. New Zealand seemed like paradise, an island full of cool freaks who spend their time recording noisy pop music on four-track. And I couldn’t be more excited now about many rereleases of classic albums of NZ bands like the Clean, the Verlaines, the Dead C, Alastair Galbraith, Peter Jefferies, as well as the great Time To Go: The Southern Psychedelic Movement Compilation by Bruce Russell. There so much to discover, and I hope, there are many more albums still to come.