On Sept. 5, 1982, the Dream Syndicate played a 2 a.m. gig at the studios of L.A.’s KPFK-FM. Broadcast live, the raw, ragged set documented on The Day Before Wine And Roses (Omnivore) found the quartet—singer/guitarist Steve Wynn, guitarist Karl Precoda, bassist Kendra Smith and drummer Dennis Duck—blazing and brooding its way through songs from its self-titled debut EP, covers and tracks that would end up on the seminal The Days Of Wine And Roses LP, released a month and a half later. A reconvened version of the Dream Syndicate has been playing shows since 2012. Wynn is also busy with his national pastime-themed band, the Baseball Project, whose third record, the aptly titled 3rd (Yep Roc), is due later this month. Wynn is also guest editing magnetmagazine.com all week. Read our brand new Q&A with him. 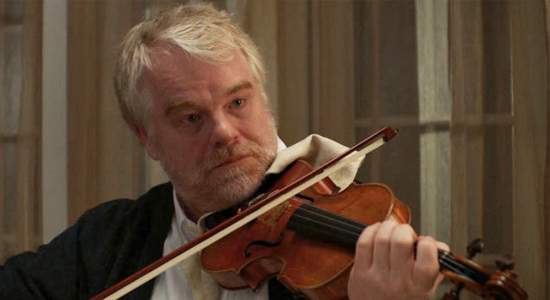 Wynn: I was digging through the filmography of Philip Seymour Hoffman last week to see which of his movies I might not have seen. Turns out there weren’t many. You’ve heard it said so many times recently, but he was always great, even in mediocre movies. Somehow this one was way under my radar—I didn’t even know about it. But it’s not only a tremendous, intense, bruised, broken, raw, unvarnished performance by Hoffman but also a really great portrait of the way groups of musicians work together on- and off-stage. Yeah, I’ve never played a Beethoven string quartet piece, but I’ve been on many stages and in many studios with three other musicians, and so much of this movie rang true.